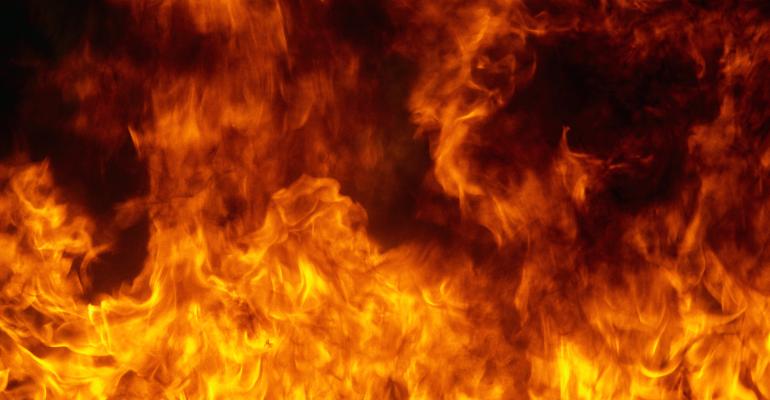 Randy Faris / The Image Bank
Due to smoke damage from a fire that started in a dry goods storage area in its Stockdale Center, student dining at Monmouth College in Illinois is expected to be closed for the rest of the semester.
News & Trends>K-12 Schools

This and a new smoothie concept from Chartwells K12 are some of the stories you may have missed recently.

Due to smoke damage from a fire that started in a dry goods storage area in its Stockdale Center, student dining at Monmouth College in Illinois is expected to be closed for the rest of the semester. Mellinger Commons in the Center for Science and Business is now serving as the main dining area, with alternate locations also being set up. The college also plans to bring in food trucks, special desserts, pizza and wings on a regular basis to feed the student body.

Chartwells K12 is partnering with the National Dairy Council, General Mills and foodservice equipment manufacturer Hubert to launch the Smoothie Station concept, featuring a variety of flavor combinations for traditional smoothies as well as new smoothie bowls students can customize with different fruit and grain toppings. The Smoothie Station will launch in more than 140 schools beginning this month, with schools participating in the pilot program receiving a Smoothie Station kit provided by National Dairy Council through Hubert that includes a Waring commercial immersion blender, insulated cooler bags to hold prepared smoothies and a transport cart.

Read more: Chartwells K12's New Smoothie Station Popping Up in More than 140 Schools Across the Nation

About 20 people, including health care workers, recently gathered outside of John Peter Smith (JPS) Hospital in Fort Worth to protest the existence of a McDonald’s restaurant on the hospital’s first floor, part of an effort by the Physicians Committee for Responsible Medicine to rid hospitals of fast food establishments that they say serve high-fat and meat-heavy meals. In response, JPS Health spokesperson Jessamy Brown said the hospital is looking at all available food options for the future with a particular focus on healthy food items, convenience and affordability.

Two dead rats were found in a Fort Worth elementary school kitchen, according to a recent Tarrant County (Texas) restaurant inspection report. An inspector from Tarrant County Public Health noticed a “strong terrible odor” near the food line in the cafeteria at Cesar Chavez Elementary School, the report said. School employees told the inspector they had thought the odor was mold and had poured bleach inside the motor area of the cooler to try to get rid of the smell, the report says.

Compass Community Living (CCL), a division of Compass Group USA, has announced the appointment of Dan Natterman as its new CEO after serving for the past six years as the organization's Chief Growth Officer. CCL, which includes the brands Morrison Living and Unidine, provides culinary services to over 800 retirement communities, hospitals and behavioral health facilities around the country.