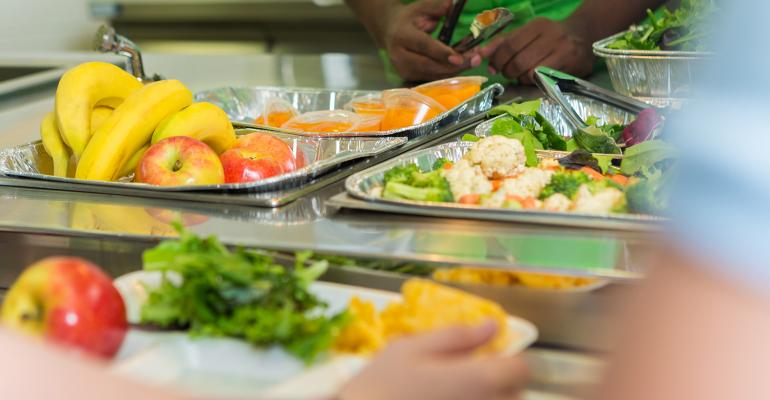 SDI Productions / iStock / Getty Images Plus
New York City Public Schools, the largest school system in the nation, has made changes to its meal plan for all its students to stay on par with Mayor Eric Adams’ effort to serve healthier food in city schools.
News & Trends>K-12 Schools

This and UCLA topping the 2023 niche.com Best College Food listing are some of the stories you may have missed recently.

New York City Public Schools, the largest school system in the nation, has made changes to its meal plan for all its students to stay on par with Mayor Eric Adams’ effort to serve healthier food in city schools. Mondays and Fridays will be meatless. While public schools will serve all-vegetarian breakfast and lunch menus every Monday, Fridays will be vegan. Vegan Fridays had been implemented in the spring and will continue for the 2022-2023 school year. Though the focus is on vegan meals, there also will be vegetarian options served on Friday.

Read more: NYC public schools menu for 2022-2023: A look at what students will be offered, including meatless Mondays and vegan Fridays

Detroit schools says it is fully staffed and ready for a new year of classes as students return a week earlier than normal this year. "We've eliminated the social distancing in the hallways and lunchroom, we will reinstate the masks if the health department requires us, and you can test through a nurse through a rapid test, but we won't be doing weekly testing," said School Superintendent Dr. Nikolai Vitti. Vitti said the district managed to fill its open staffing positions by boosting pay, allowing principals to recruit staff and using other hiring means.

The Biden administration has announced that it will convene the White House Conference on Hunger, Nutrition and Health on Sept. 28. "The last White House Conference on Nutrition, which was held more than 50 years ago, resulted in the expansion of critical nutrition assistance and hunger safety net programs, including the Supplemental Nutrition Assistance Program (SNAP) and the National School Lunch and Breakfast Programs (NSLP/SBP),” noted Nancy Brown, chief executive of the American Heart Association. "This conference is an opportunity to look at modernizing our approach to provide equitable access to nutritious food and physical activity through efforts by the private sector and at all levels of government."

Vending firm Five Star Food Service has announced the acquisition of Refreshment Solutions, a Canteen franchise based in Louisiana that covers New Orleans, Baton Rouge and Biloxi. The deal follows completion of Five Star's acquisition of metro Atlanta’s Elite Vending Co., an independent operation that services Fulton, Cobb, Douglas and Clayton counties in Georgia, which added to the company’s existing base of business in the Atlanta region.

The deals are part of Five Star’s plan to create a continuous operational geography from Pensacola, Florida, to Lake Charles, Louisiana. The company, one of the largest privately held convenience services operators in the United States and the largest franchise of Canteen, currently operates in 10 states (Alabama, Florida, Georgia, Indiana, Kentucky, Louisiana, Mississippi, North Carolina, Ohio and Tennessee).