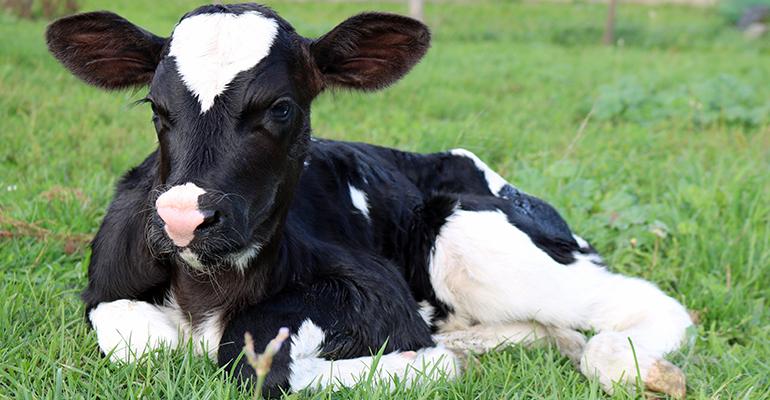 And that’s how you moo it! Pennsylvania school district highlights local dairy connection and teaches where milk comes from.

“The idea for this promotion was born when I began planning to celebrate National Farm to School Month,” says Helen Heidler, foodservice director. “When I thought about it, I realized we utilize our dairy farmers daily, so why not highlight them this year?”

Rutter’s Dairy, in nearby York, Pa., has been serving dairy products to the area since 1921, when two brothers milked 20 cows to produce the first 15 quarts of milk. Refrigeration was done using a cold spring on the farm! Obviously the business has come a long way since then, now operating about 50 c-stores across central Pennsylvania. The school system is a big customer, so collaboration for the contest was a natural.

Next came cow costumes, milk sampling, excitement over naming a cute baby calf and best of all, increased breakfast participation.

Every day for a week when students came in for breakfast at the district’s four elementary schools, they had the chance to vote for a name for a baby calf that was due soon. To ramp up the votes, the school with the most votes would host the name unveiling event. The classroom with the highest number of votes won a free lunch; second place won free breakfast and third place won a free snack.

“All prizes were reimbursable except for the snack, and—added bonus—increased our sales,” Heidler says. “This promotion was a huge success…it cost nothing to implement and resulted in increased participation.” (Breakfast counts doubled in two of the participating schools.)

The contest stretched into a second week as names were narrowed down to the top three choices. The winning name? Daisy. A costumed cow from the dairy came out and a milk sampling event marked the occasion.

And as soon as the next baby calf was born at the dairy, a birth announcement went out: Daisy was born on Nov. 6 at 3:23 p.m. and she weighed 83 pounds. Now that’s a big baby! And a big boost to breakfast.