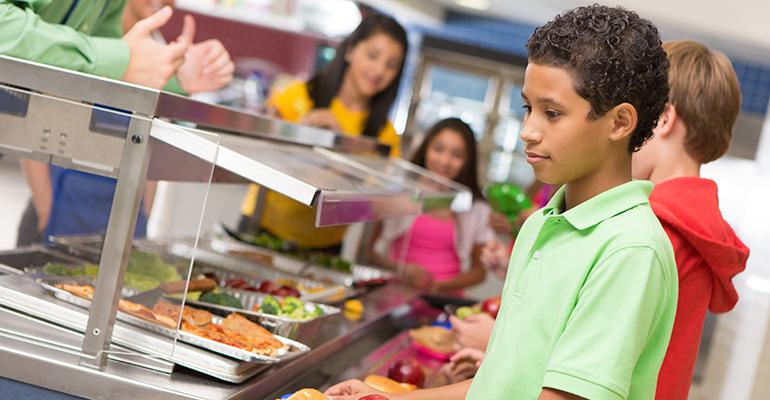 When the World Wildlife Fund (WFF) studied food waste recently, it found that an estimated 530,000 tons of food totaling $1.7 billion was wasted each year in schools districts, but Boulder Valley School District’s child nutrition program is working on a solution for the 54 schools in its district and beyond.

The WWF created this study to observe the food waste generated by school meal programs as a result of the Healthy, Hunger-Free Kids Act. During the six-week food waste audit, the WWF observed nine school districts, one of which was Boulder Valley School District. The study found that across all 46 schools it analyzed in eight states, food waste went down when by 3% overall, with elementary schools seeing a 15% reduction in waste when educated.

“Schools are doing 8 or 9 billion meals a year, and if we could reduce waste through that system with young children by the next generation, we’d be taking this really seriously,” says Ann Cooper, director of food services for Boulder Valley School District (BVSD) in Colorado.

Congress passed the Healthy, Hunger-Free Kids Act in order to ensure children were receiving proper nutrition in their school meals. Though it had a well-meaning purpose, it wound up causing problems along the way, Cooper says. Mainly, food waste.

Regulations surrounding calories, proteins, vegetables and milk were all rolled out, factors that have to be thought of as new menus are developed. And when Cooper began at BVSD 10 years ago, she decided to take aim at those very standards to reduce waste.

Her first piece of action was to find a new way to handle the cardboard waste from the milk, one of the largest areas of food waste in cafeterias. Most schools are unaware that the USDA ruling has a provision that allows students to decline milk, but many add it to meals anyway leading to a 30% to 40% waste, Cooper says. At BVSD, Cooper’s team started buying bulk milk, allowing for self-serve milk for those who wanted the beverage.

Following the implementation of bulk milk, the WWF audit found that only 3% of milk was wasted at BVSD.

And that’s not all. Cooking grease is saved and turned into biodiesel. Local farmers send their produce to each school in reusable plastic containers. Meat is sourced from local producers who also use reusable plastic containers. Back-of-house staff compost and recycle. And 35 of the 54 schools in BVSD are part of Eco-Cycle’s Green Star Schools zero-waste education system, through which school compost in the district.

So how did the Boulder food service team accomplish these sustainability achievements? In short, a lot of innovation. Cooper and her staff took little steps over the past 10 years to move toward a decrease in food waste. All that and the average daily participation has increased 25% as she’s purchasing less food because waste has gone down.

Cooper is a part of Google’s Food Lab where she first discovered the Leanpath machines that are now at 11 schools. These machines are used by both food service giants Sodexo and Aramark to help weigh food waste by showing the waste on a digital screen.

In 2017, when the district first purchased the machines, they were exclusively for the back-of-house operations to monitor food waste. The staff was able to see day-to-day waste, down to the person.

Elementary schools had the most waste according to the WFF study, so Cooper decided to use her tools to show the students what they couldn’t understand.

Almost three years after the initial introduction, she migrated some Leanpath machines to the cafeteria—smack dab in the middle of the room. They now provide a way for the students to interact with their own waste and see firsthand how much they waste on a daily basis on the screen when they go to clean their plates.

Each student sees on the screen the following: “How much water was wasted and how much food and how much greenhouse gas there is,” says Cooper.

Cooper is hoping to make an even bigger impact on the district’s food waste when it opens a 27,000-square-foot production kitchen called the culinary center where all the meals for the district will be prepared in 2021.

“It’s one small piece of the bigger picture in which we’re not only trying to reduce waste and become more sustainable within our school district but really try to be a leader for other school districts and rebuild our broken food system,” says Cooper.