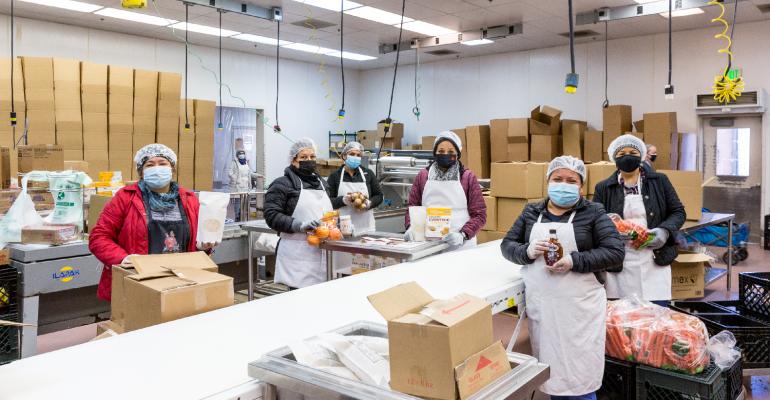 Each box contains a total of 28 meals: seven breakfasts, lunches, snacks and dinners.

When Barbara Jellison, food services director for West Contra Costa Unified School district, reached out to Judi Shils to ask if the district could purchase 130,000 pounds of local organic produce every week, neither of them knew if it was possible.

Shils runs Conscious Kitchen, a local nonprofit program. When she contacted local producers asking if they thought they could comply, they reacted with disbelief. Then elation.

“Nobody had seen quantity like this. Organic companies have not been invited into the institutional supply chain in any regular way,” Shils says. Talking with business owners, she realized that “these purchases could save businesses in our community.”

Like many districts across the country, West Contra Costa had to find its footing during the early days of the pandemic. They started by supplying families with pre-portioned meals at curbside pickups. In the fall, they continued delivering meals to families through the extended Seamless Summer program. 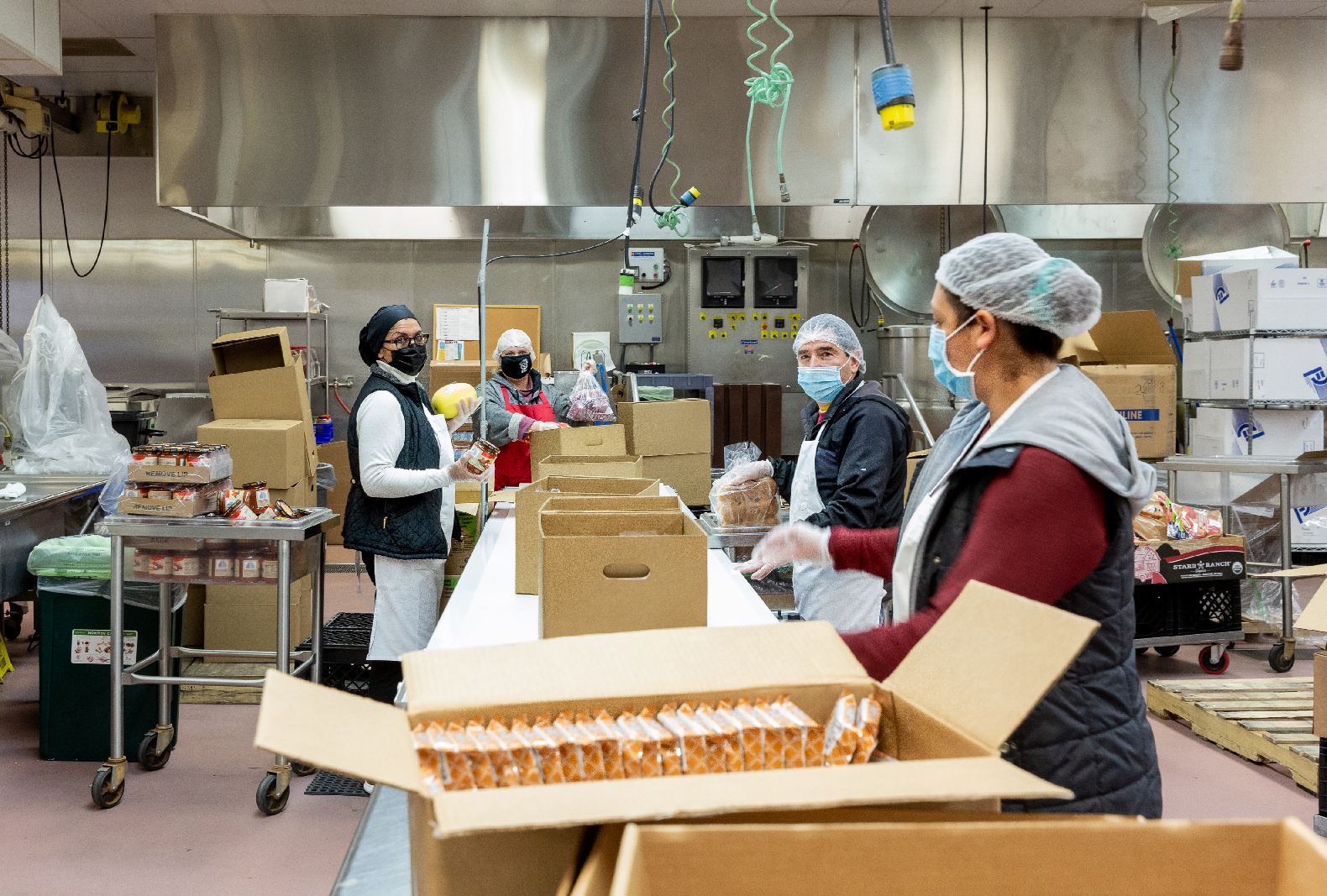 But Jellison wanted to offer their 31,000 students more whole foods. “Since families are at home, we thought it would be a better idea for families to be able to prepare meals together and have the ingredients to do so,” she says.

In September, with most of the child nutrition staff back at work, the district started including items such as whole melons in their weekly meal boxes. For Halloween, each box had a whole pumpkin along with instructions about how to carve or bake it. In November, they built a Thanksgiving box that included items such as whole produce, turkey and dinner rolls.

Now, weekly boxes full of whole ingredients have replaced pre-portioned meals. In early November, they started to go organic through a partnership with Conscious Kitchen, which handles sourcing. 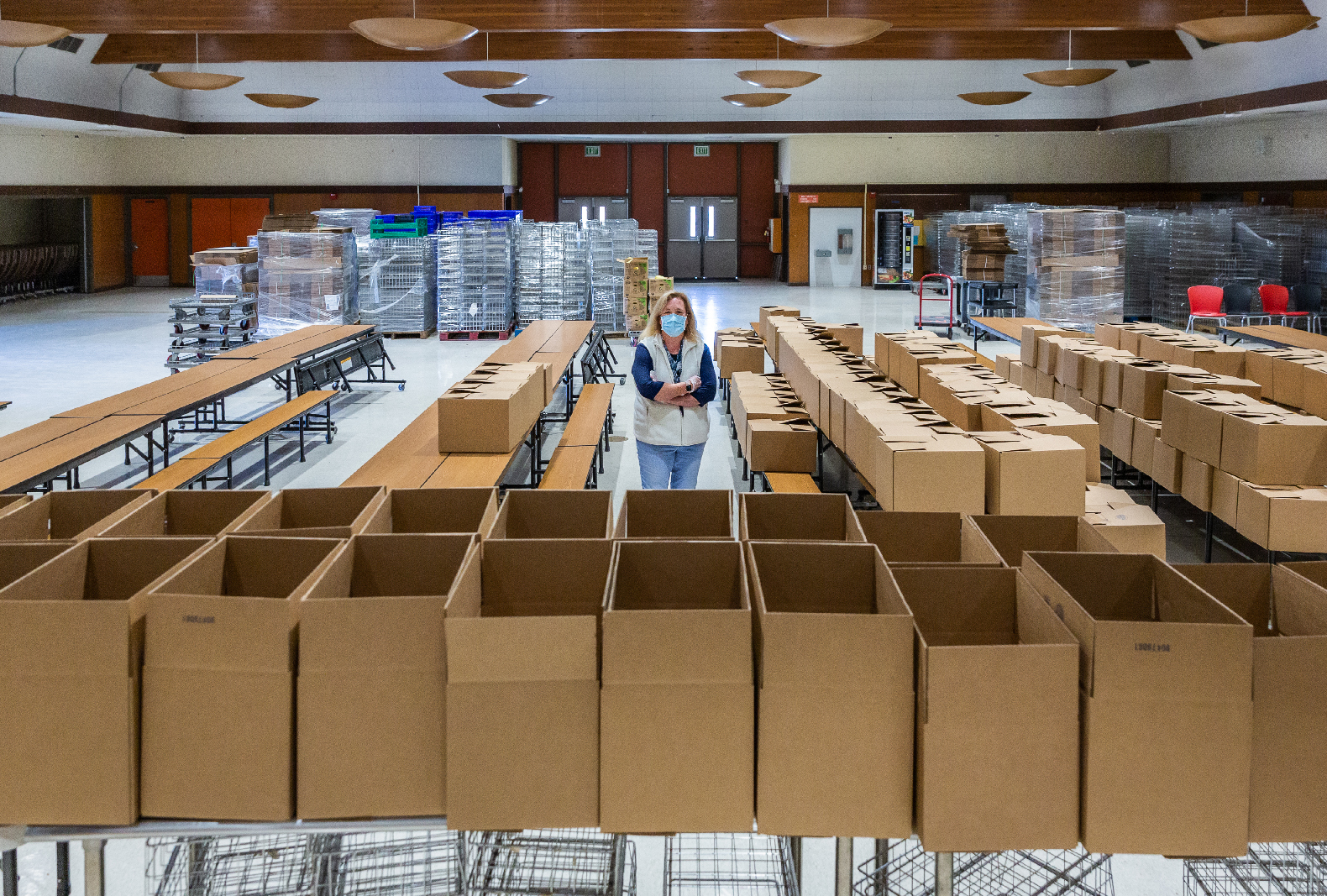 It takes the food service staff three days to pack the meal boxes and one full day to deliver all 23,000 of them to students throughout the district.

To start, the district purchased cauliflower and apples. As the project advanced, they added more products. And as the boxes grew more popular, they increased their orders. Currently, the district orders 23,000 pounds of each product weekly for the 23,000 boxes they distribute throughout the district. They delivered their first all-organic box at the beginning of March.

“Between November and January, millions of pounds of organic produce were able to be sourced,” Jellison says. “And not only the produce but proteins and whole grains.”

The district meal boxes are outperforming and numbers from previous years; the weekly box program is supplying almost four times as many meals than their typical meal program. Each box contains a total of 28 meals: seven breakfasts, lunches, snacks and dinners. The district provides more than 580,000 meals every week. They still provide pre-portioned meals for houseless students. It takes the staff a full three days to pack the boxes.

To guide families, a Conscious Kitchen chef selects recipes designed to maximize the use of all the ingredients. For the inaugural organic box, the program created a digital document with information on food-related topics and recipes for Thai peanut beef, maple-glazed carrots, roasted oranges and cinnamon-orange baked oatmeal. 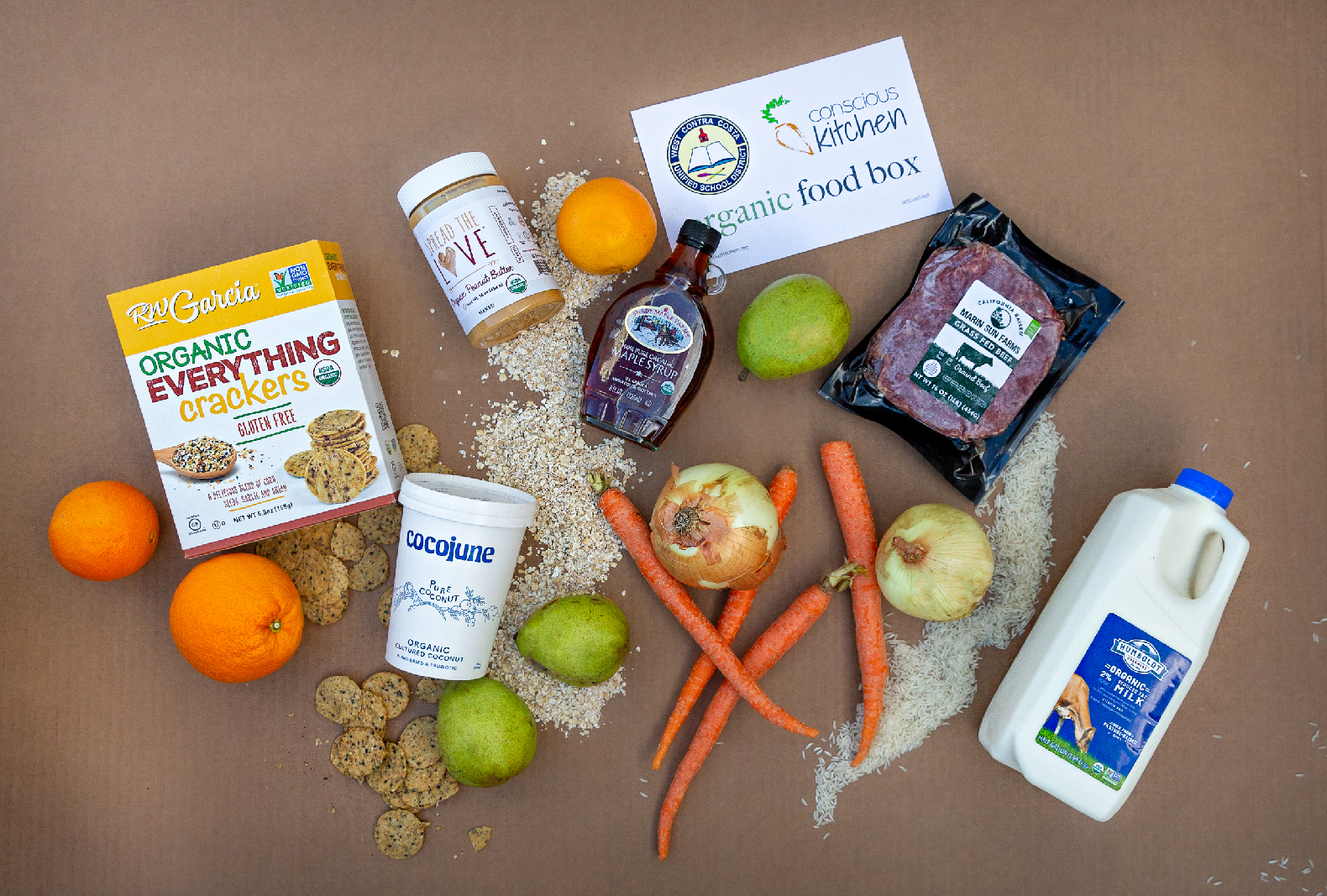 Each meal box contains an abundance of whole, organic ingredients, many of them sourced from local producers, enough to make 28 meals.

Asked how the program can afford to source all organic ingredients every week, Jellison says it works because of the enormous scale. When Shils worked with the district on a pilot program for organic sourcing in a 500-student elementary school, their food costs were higher. But ordering thousands of pounds of products at once has brought the cost down to a manageable level.

Jellison says she thinks they’ll be equipped to continue the program, even after in-person learning returns. “When we do go back into schools, I think most of it will be feasible.”

She acknowledges that not all districts are equipped to handle such an operation. West Contra Costa has a central warehouse where they can hold the inventory. They also have a central kitchen and the staff to run it.

Shils thinks there’s another important element that makes this project a success: leadership.

“Because of Barbara and because of the heart and passion she has around doing the best we can for people and planet, we are getting to build a supply chain that has never existed in the Bay Area before,” she says. “Everyone knows what the integrity of this food means, but there hasn’t been the opportunity to be able to go down that road. Now there is.”