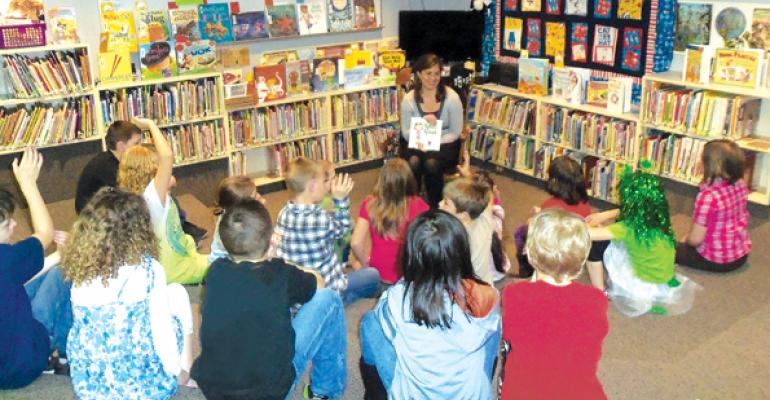 “It was a double hit to our participation,” says Foodservice Director Allissa Eiser, who had been successfully introducing healthier choices to menus for the 3,000-student district located near the campus of Central Washington University.

Eiser says that of the two factors, the price increase had the bigger impact even though it seems modest (lunches went from $2.50 to $2.65). But in a district with a 38.6% free-reduced percentage, cash customers are key and any decline is felt.

Eiser knew she had to do something to get kids back to the lunchroom line, so she decided to hold a competition that would pit the district’s three elementary schools against each other to see which could get the highest lunch participation in the month of January. The prize would be an ice cream sandwich party for the winning school.

“The kids really got into it,” Eiser says. One school actually had a tote board with ice cream sandwich towers tracking the progress of the competitors. The event helped stabilize and raise participation for the month. It also got students to try new healthy meal options in their eagerness to compete for the prize.

The winning school got not only the party but Eiser donated Sylvia’s Spinach, a children’s book by local author Katherine Pryor, to the school’s library. It’s about about a girl who doesn’t like spinach at first but ends up growing some at school.

Eiser even went to the school and read the book to a group of second graders. She followed it up with a spinach taste test using raw baby spinach and then asked the kids to write what they thought it tasted like (“cheese” according to one youngster).

“None refused to taste it,” Eiser says. “In fact, some wanted more.”