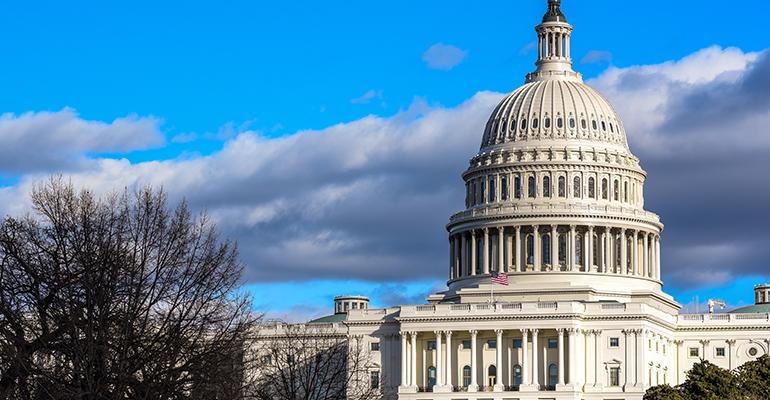 Congress focusing on other priorities, including the 2020 presidential election

And because CNR hasn’t been updated since 2012, the nation’s school nutrition departments are still running under the Healthy, Hunger-Free Kids Meal act. There have been several minor updates to the bill, including a relaxation in whole grains, which have been enacted through appropriations bills.

But Montague said CNR isn’t likely to come out of Congress this year either. She says the House doesn’t have the appetite to take up a bill this year, as its members are focusing on the Older Amercians Act, and while the Senate says ot might take a up a CNR bill, if there isn’t a House version, it will go nowhere. Montague also says there are many other issues that Congress is focusing on, including gun control, the “situation” in Iran, the election and the many Congressmen who are retiring this year.

Related: 5 things: Could Child Nutrition Reauthorization be in the works?

She said that while there are a number of bills relating to child nutrition that have been put forth in Congress, that they won’t be able to go anywhere or have any legs for implementation if there isn’t CNR first. Those bills include topics related to lunch shaming and milk among other options.

Montague made the comments at SNA’s School Nutrition Industry Conference (SNIC) in Palm Springs, Calif. SNA also released its 2020 position paper, the association’s annual list of asks for Congress. The association releases the paper in anticipation of its members’ visit to Capitol Hill in March for the Legislative Action Committee conference.

One of the big issues in child nutrition is unpaid meal debt or so-called lunch shaming.

Montague said that SNA gets a lot of questions about the topic and she now tells the media now that only free universal free meals will solve it. Because of the increased interest SNA has started a working group to look into the unpaid meal debt and has invited directors, superintendents and USDA to participate. The meeting is being held in late January. SNA is also hiring a firm to do a cost-benefit analysis of a free universal meal program, the results of which will be released at LAC in March.

To help push in the direction of universal free meals, SNA’s position paper specifically did not use the word universal, Montague said, as it has a negative connotation in Congress. Instead SNA is asking for baby steps to get toward that, by asking for the elimination of the reduced-price category and asking to expand direct certification with Medicaid for free and reduced-price meals to all states.

In other news, Cindy Long, USDA’s director of child nutrition division, said they are looking to release a new proposed rule around simplifying meal service and monitoring in breakfast and lunch programs. They also will have a proposed rule around summer feeding on some updates dealing with oversite, site visits and timing of meals, which will be out “very, very soon,” Long said. She said this is a proposed rule that addresses some long-standing legacy issues that need to be updated with summer meal programs. Lastly, she said they anticipate putting out the final rule on child nutrition program integrity this fall. This was proposed in March 2016 and it’s to help “ensure the integrity of the use of the American dollar.”