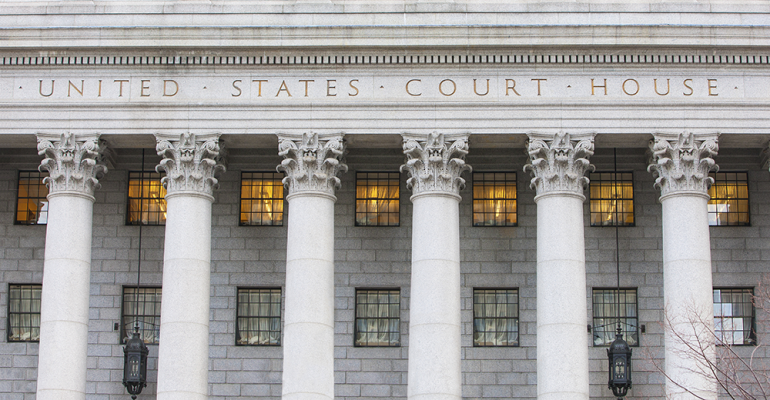 The federal government filed a brief with a federal court arguing that states have no standing to sue to negate recent changes in National School Lunch Program regulations.

In a recent court filing, the federal government argued that states could not sue to block recent changes to the federally funded National School Lunch Program. The states had sued saying the changing could cause health problems for children and required more spending on treatment, reports Reuters. The filing claimed that under a doctrine called “parens patriae” (“parent of the nation”), states lacked the standing to object legally even if they believed federal policies were causing children harm.

“This rule recognizes that a state has no legal interest in protecting its citizens from the federal government, and that only the United States, not the states, may represent its citizens and ensure their protection under federal law in federal matters,” said Manhattan-based U.S. Attorney Geoffrey Berman in a filing in the federal court.

New York, California, Illinois, Minnesota, New Mexico, Vermont and the District of Columbia had sued Agriculture Secretary Sonny Perdue this past spring over changes in the school lunch program, accusing Perdue of acting arbitrarily and capriciously by ignoring dietary guidelines and scientific research when he allowed fewer whole grains and more sodium in meals than had been the policy under the Healthy, Hunger-Free Kids Act of 2012.

The changes had halved the required amounts of whole grains to be served, giving schools more flexibility to serve foods with refined grains, and delayed or shelved previous targets for sodium intake. Schools were also permitted to serve low-fat chocolate milk rather than fat-free milk.

In the filing, Berman characterized the rule changes as only “minimum requirements,” and states remained free to enact stricter requirements. He also claimed that the states offered no proof that children exempted from earlier whole-grain rules suffered adverse health consequences.