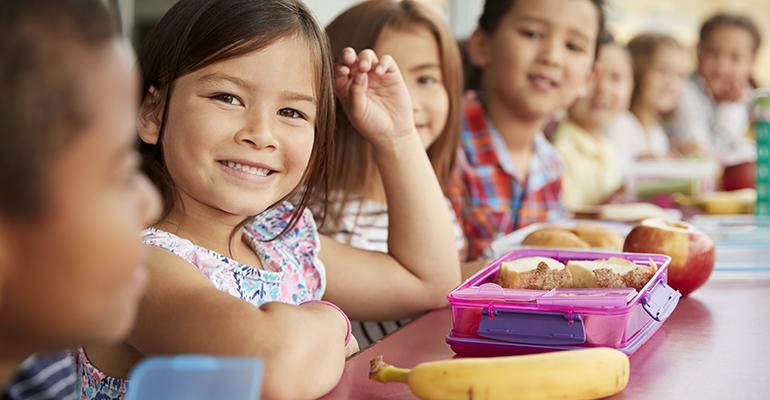 On an average day during the 2018–2019 school year, 14.6 million children ate school breakfast—a slight increase over 2017-2018—with 12.4 million of them from low-income families—a slight decrease from the previous year—according to the annual School Breakfast Scorecard from the Food Research & Action Center.

During the 2018–2019 school year, 14.6 million children—12.4 million of them from low-income families—started the day with a school breakfast, according to the annual School Breakfast Scorecard from the Food Research & Action Center (FRAC). The overall number of school breakfasts served represented a slight increase—of about 46,000 or 0.3%—from the previous school year, while the number for low-income students served breakfast was a slight decrease of about 6,000 or 0.1%.

The low-income student breakfast participation drop was lower than that demographic’s drop in school lunch participation, the report notes, which was about 200,000 a day. Overall, the School Breakfast Program served 57.5 low-income students for every 100 who participated in the National School Lunch Program, an increase from 56.9 of 100 in the prior school year.

On the other hand, the drop might have been steeper except for factors such as more schools offering breakfast at no charge to all students and the rise of breakfast after the bell programs that have helped drive the growth in overall school breakfast participation.

The national trends were not mirrored in every state as some continued to make gains, particularly when more schools implemented breakfast after the bell models and adopted the Community Eligibility Provision (CEP), the report notes. For the states that saw participation stall or decrease, it was often the consequence of some districts moving away from breakfast after the bell programs or the loss of stakeholder support within a district for expanding school breakfast participation, it says.

The report credits legislation as being instrumental in achieving sustainable success in many of the top-performing states by requiring high-poverty schools to implement best practices, such as breakfast after the bell, free breakfast to all students, or both, to ensure all children in those schools have access to school breakfast.

Hawaii was the lowest-performing state in 2018–2019, serving only 39.3 students breakfast for every 100 receiving lunch, a 2.7% decrease from the prior year, seven others—Iowa, Nebraska, New Hampshire, South Dakota, Utah, Washington and Wyoming—failed to reach even half of the low-income students who ate school lunch.

Overall, 22 states experienced growth in the School Breakfast Program, with Connecticut leading with a 10.6% increase in participation among low-income student, while Michigan followed with a 5.2% increase.