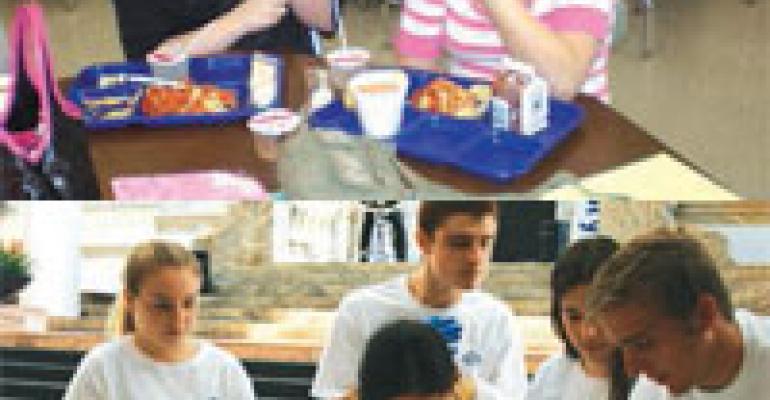 Taco Promotions With a Kick Popular at Rochester, NY school

Taco Tuesday has been a favorite with K-12 students for many years at Gates Chili Schools, Rochester, NY, says Debbi Beauvais, RD, SNS, school lunch director. Building on the existing fun factor and popularity of tacos, Beauvais parlayed Taco Tuesday into an exploration of healthier choices.

“We did a pilot study at the middle school incorporating a variety of beans into Taco Tuesdays,” Beauvais says. The students tried the tacos, then filled out surveys. They enjoyed the tacos, and had fun trying something new — a healthful win-win.

College students at Emory University participated in a big taco promotion earlier this year. The university partnered with Alaska Seafood and got to work on a line of fish tacos that stretched to 121 feet long.

“We just got the world record for longest line of tacos from Guinness!” Gomes recently found out.

At the time of the contest, local news coverage “was huge,” spotlighting students from various environmental groups on campus, who helped make the tacos along with the dining staff to raise awareness about sustainable seafood.

So the party had a purpose, a record was set, and “all the tacos were eaten,” Gomes says. No surprise there!