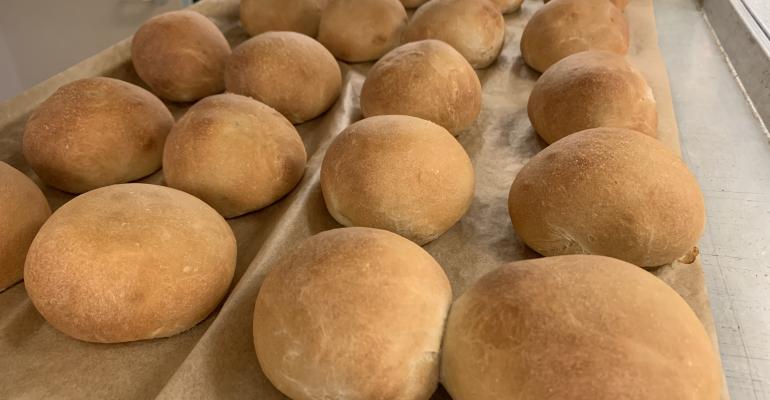 Regional bread pockets made in-house then frozen mimic the convenience of a processed product, require a bit of extra work and are completely possible in the school lunch world, says K-12 consultant and veteran foodservice director Kent Getzin.

Chef Kent Getzin has been working with the school food service team at Lake Chelan (Wash.) School District on several things, but the most attention-grabbing thing so far has been zombies! If you’ve never heard of them, picture a spherical calzone stuffed with meats and cheese and you’ll be on target.

While “zombie” is the name of a tiki drink, the housemade Hot Pocket-style zombie is unique to the Pacific Northwest, says Getzin, founder of Creative Culinary Solutions and former foodservice director at Wenatchee School District, where he got the farm-to-school ball rolling more than a decade ago (and saw how much kids enjoy those zombies).

Now his consultancy offers a range of collaborative services for K-12 foodservice teams, from one-day workshops to extended mentorship programs in which Getzin helps new foodservice directors get their sea legs. 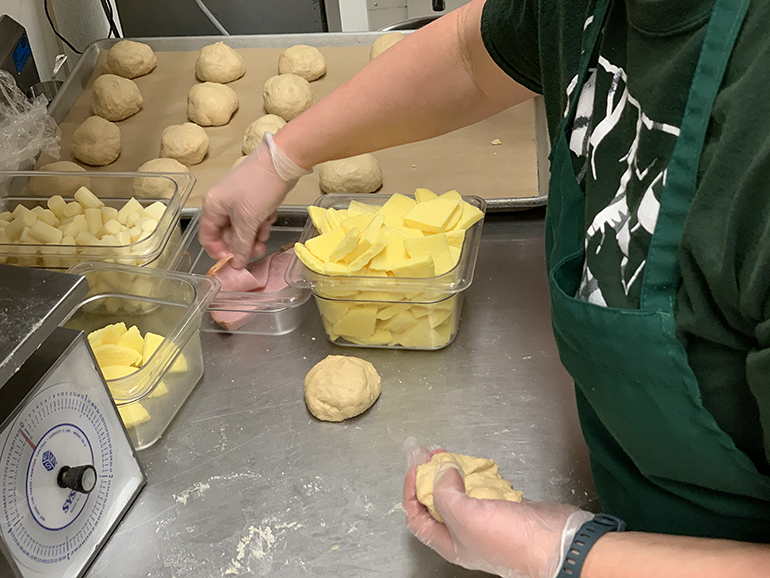 The great thing about zombies is the fact that they make use of commodities, like mozzarella sticks.

He’s been working with Lake Chelan schools most recently, and the zombies are an example of a teaching moment that gives staffers a window into how possible scratch cooking can be…and makes the school hallways smell of heavenly fresh-baked bread just before lunch.

Zombies are made with housemade honey wheat dough and stuffed with sliced commodity mozzarella sticks, scrambled eggs and ham.

As for the dough, Getzin actually collaborated with a baking recipe developer and a local flour company on a new wheat roll recipe. After much trial and error, the dough was perfected—and scaled up from 36 to 500 so it was ready to share with the Lake Chelan kitchen crew. From there, even more modifications were made.

Making fresh dough means a school food program that’s one step closer to scratch cooking. Getzin points out that for scratch cooking, it’s really more about the journey than the destination, and it doesn’t have to be all or nothing. 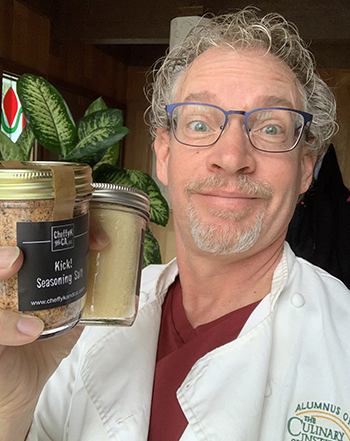 K-12 consultant Kent Getzin got his start in school foodservice as director at Wenatchee School District, where he ushered in an era of farm-to-school.

“I like to help them move forward in a bigger, more holistic way,” Getzin says. “And yeast dough in schools, along with maybe trying roasted vegetables, are great ways to start scratch cooking.”

Scratch cooking can still be daunting, in part because it involves a subtle—but powerful shift in mindset.

“For scratch cooking you have to think about everything differently,” Getzin says. “Most [non-scratch] school menus happen the day of. You can open bags of cut carrots and heat up chicken nuggets and you start every day having no food ready in the morning, but it can be ready for lunch.”

The challenges, Getzin says, with baking bread, “create tons of little problems: How long will it take to proof? There are all these teeny, tiny nuances and this is why things like this fail.”

When incorporating a scratch-cooked recipe, “you bust it up into little pieces; maybe you scale up the flour and yeast before you leave at the end of the day and maybe the next day you make the dough and put it in the fridge.”

There are two ways the kitchen team can serve the zombies: Made ahead in dough form, then frozen immediately or made ahead, then cooked and frozen. This provides the flexibility you’d get from a manufactured proof-and-bake item.

“If you buy ready-made rolls, we’re trying to mimic that,” Getzin says. “By spending time to make large batches and making more when you’re low, you’re getting the product to where it’s just as easy to use as your other products.”

While not easy, there are solutions, and the rewards are pretty awesome.

“The cool thing about doing this is the whole building smells like a yeasty bakery,” Getzin says. “And philosophically, I’ve seen [kitchen staff] really light up when they’re making something from scratch and the kids like it and they are so excited about that. They’re making something when maybe they haven’t been really making anything. That’s happiness in your job.”