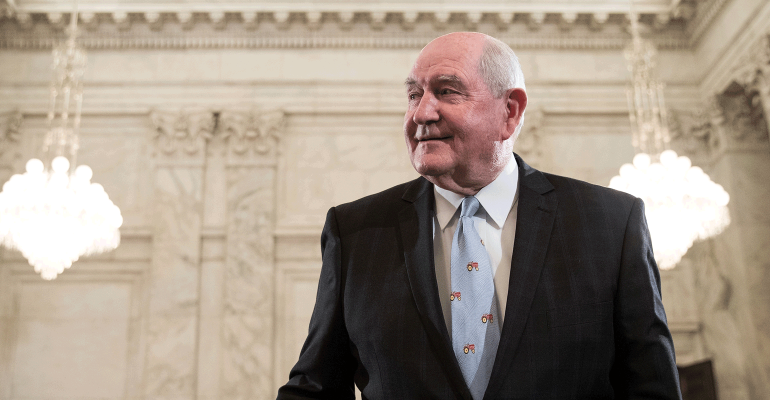 Brandon Lipps to serve as Food, Nutrition and Consumer Services administrator and acting deputy under secretary until a permanent presidentially nominated appointee is confirmed.

USDA Secretary Sonny Perdue has named Brandon Lipps, most recently chief of staff and director of federal affairs in the office of Chancellor Robert Duncan at Texas Tech University, to serve as the administrator of the department’s Food and Nutrition Service (FNS), and also as acting deputy under secretary of the USDA’s Food, Nutrition and Consumer Services (FNCS) until the Senate confirms a permanent presidentially nominated appointee.

In addition, Maggie Lyons will serve as chief of staff and senior advisor to Lipps, while Kailee Tkacz will serve as policy advisor.

These administrators help run the National School Lunch and Breakfast Program, which is still waiting for the latest child nutrition reauthorization bill to be completed by Congress. The bill is now two years late. USDA members back in April urged members of the School Nutrition Association for patience, saying, “We’re an agency in flux—no secretary, no undersecretary. We simply don’t have our policy officials to talk to us about our policies [moving forward].” These appointments should be a step in the right direction.

“The health and nutrition programs administered by USDA play a tremendous role in the Administration’s efforts to improve education and job readiness,” Perdue said in announcing the appointments. “I have no doubt that Brandon, Maggie, and Kailee will help further our mission of feeding the world and making decisions in our nutrition programs that are science-based and data-driven. I welcome Brandon, Maggie, and Kailee to the USDA family and I thank them for their desire to serve this nation.”

In his roles at Texas Tech, Lipps was the leading force in developing policy initiatives and strategic priorities for Duncan. Previously, he served as counsel and senior professional staff to the U.S. House Committee on Agriculture, and while there he led the nutrition policy team in developing the first reforms to, and fiscal savings from, the Supplemental Nutrition Assistance Program (SNAP) since the welfare reforms of 1996.

Before joining the USDA, Lyons was the senior government relations director for the National Grocers Association (NGA), where she coordinated on all issues such as the SNAP and Women, Infants and Children (WIC) programs at the retailer level, including assisting member stores with licensing issues and questions regarding those transactions. Prior to the NGA, Lyons worked on Capitol Hill in both the U.S. House of Representatives and the U.S. Senate.