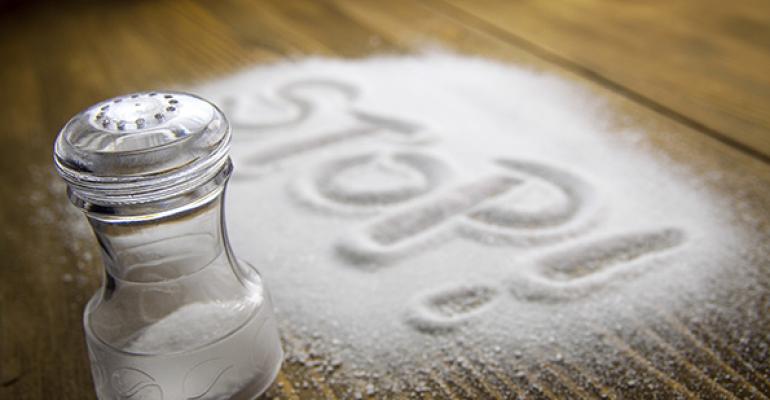 Researcher sheds light on the role of salt and sweet in taste preferences of children.

Sodium. Speak the word around those in child nutrition, and you’re bound to get an eye roll or some other unfavorable response. USDA-mandated sodium reductions, as specified under the Healthy, Hunger-Free Kids Act, have caused all kinds of headaches for directors, manufacturers and policymakers alike. Every week it seems there’s new research that shows how misguided or highly needed these reductions are.

Until recently, no one was talking about how salt affected children’s taste and flavor preferences. But that’s exactly what Dr. Julie Manella, of the Monell Chemical Senses Center in Philadelphia, has researched, which she shared at the fifth annual Healthy Flavors, Healthy Kids conference at the CIA’s San Antonio campus last week.

Manella says that while the environment that children eat in has changed over time (think the progression from home-cooked, farm-based meals to fast food and bodegas) their biology hasn’t. Unlike other tastes, salt doesn’t develop until four months of age. Sweet, on the other hand, is developed at birth—within hours of birth, babies will drink more of a sweet bottle than they will of a plain water bottle.

Salt, and sugar for that matter, block unpleasant tastes in children. Take bitter, for example. Bitter is used as a poison receptor, so a child must learn to like bitter-tasting items, like broccoli. According to Menella, adding a bit of salt to broccoli helps block the bitter taste so it’s a more enjoyable dining experience.

Sweet helps blunt pain in children and has a calming effect.

When children enter periods of growth, they have heightened preferences of sweet and salt; these tastes taper off after adolescence. And it’s not just an American thing, Manella adds. Children prefer sweets at a higher rate than adults of other countries where these research projects have been conducted.

“Salt and sweet. It doesn’t just taste good it makes children feed good,” Manella said. “Is this a product of modern marketing and food technology? Yes and no. Kids don’t have to learn to like salt and sweet. But they do learn the context in which to enjoy this. They learn how sweet and how salty things should taste.”

“There is no study that shows you can lower the preferences of sweet or salty in children,” she added.

So is there hope in lowering the acceptability of sodium content in foods for children? Perhaps, if done right and over time. Manella spoke of a landmark research study conducted in adults who were fed a reduced-sodium intake diet for two to three months. Sodium was reduced between 30 percent and 50 percent, but they had unlimited access to a salt shaker. The result was that participants acclimated to a lower-sodium diet. “It takes a long time to go down in salt preference but it doesn’t take any time to go back up,” Manella said. “You’re not going to get a shift downward in schools if [children] are going to bodegas and what they are eating at home [isn’t reflecting these sodium-reduction strategies as well.”

Manella also added she thought all the conversation around sodium was a bit misplaced and that added sugars should really be on the radar.

“What’s really hot now is added sugar,” she said. “I see that coming. Sixteen percent of total caloric intake comes from added sugars, even before a child’s second birthday.”