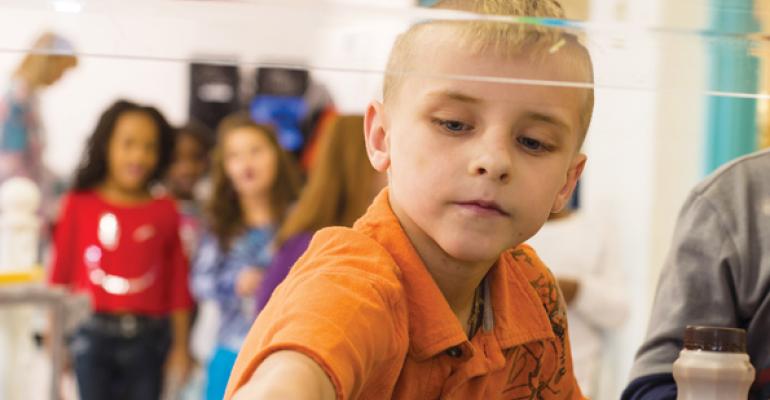 SNA’s survey on the first year of the new school meal regs shows a mixed bag: fruit/veggie consumption is up but participation is down.
News & Trends>K-12 Schools

Half respondents to a followup survey conducted by the School Nutrition Association (SNA) at the end of the last school year noted a positive outcome after the first year of USDA’s new meal pattern regulations.

The positive outcome most frequently cited was that students are consuming more fruits, vegetables and other healthy options and that students are being offered and/or are selecting a wider variety of fruits and vegetables. Many programs also indicated that the new meal pattern has generated positive reactions from parents, school faculty and their communities, allowing the cafeteria to serve as an example of healthy choices.

However, more than half of the respondents’ programs also experienced an overall decrease in participation in the National School Lunch Program when compared with the previous school year. Of those that detailed the size of the decrease, about half said it was more than five percent.

Only eight of the 100 respondents indicated that their district is considering dropping schools from the National School Lunch Program next year, most of them high schools. Nearly all of these districts reported that the schools in question have less than 10 percent of students who qualify for free or reduced-price meals.

Among other findings, nearly all respondents’ programs experienced an increase in the average cost to produce a lunch last school year. While many indicated an increase in per-meal costs for the fruit, vegetable, entrée and grain components of the meal, fruit was clearly identified as the meal component that has increased the most in terms of average per meal costs, followed by vegetables.

Respondents shared how they are managing these increased costs in their program. The most common ways include better utilization of USDA Foods (commodities) by increasing student lunch prices.

The survey was a followup to SNA’s School Nutrition in Focus Survey on the initial impacts of the new meal pattern regulation, which was conducted in fall 2012. The followup contacted 100 of the respondents from the previous survey at the end of the school year and was designed to understand the operational changes, challenges and outcomes that resulted from implementation of the new meal pattern.