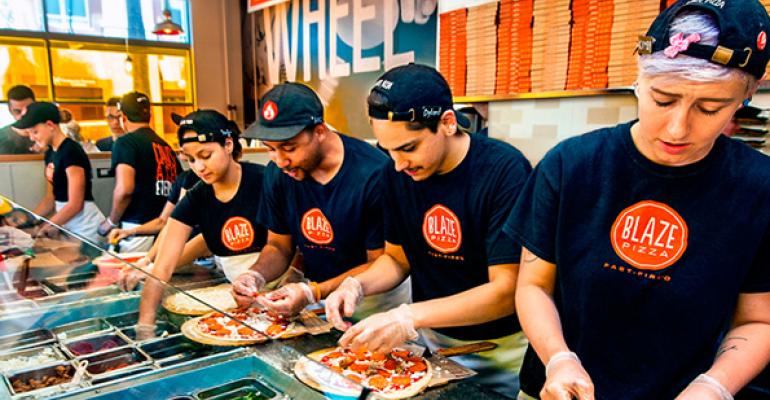 <p>Lessings recently inked a deal with West Coast based Blaze Pizza to bring the chain&rsquo;s brand to its operations in the Northeast.</p>
Top 50 Contract Companies

Lessings operates at more than 80 accounts in multiple segments in New York, Massachusetts, Connecticut and Rhode Island to which it brings an array of its own branded food concepts such as Grillin’, Salad Control and Home Zone.

It also operates nine commercial restaurant locations, including Restaurant Mirabelle and Café Mirabelle in Stony Brook, N.Y. and View in Oakdale, N.Y., plus the onsite restaurant at the Southside Hotel in Bay Shore, N.Y. In 2013, it signed an agreement with the Blaze Fast-Fire’d Pizza chain to bring its concept to the Northeast. So far, two mall locations have opened on Long Island.

Lessings was primarily a catering and restaurant management firm before it acquired the dining division of Next Generation Vending in January 2011, but it has a long foodservice history in the New York metro area. Founded in 1890 to serve the city’s coffee shops with products made in its commissary near Wall Street, it branched out into owning its own eateries and by the 1920 it was operating in some 20 locations, including the famous Woolworth Building.