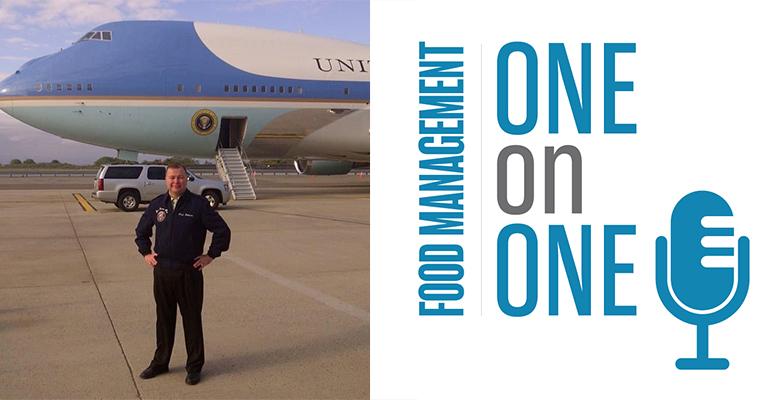 Fred Johnson, who serves as senior area general manager for Sodexo at the U.S. House of Representatives, describes his experience during the Jan. 6 riot.
Operations>Management

One On One: Sodexo chef talks about experiencing Capitol riot

Fred Johnson, an experienced military chef, discusses how he and his Sodexo staff at the House of Representatives dining operations dealt with the January riot on Capitol Hill.

On January 6th, rioters invaded the Capitol complex in Washington, DC, a traumatic experience for anyone caught up in the event. One of them was Fred Johnson, who serves as senior area general manager for Sodexo at the U.S. House of Representatives, overseeing 13 dining outlets across five buildings.

However, Johnson is no inexperienced civilian in over his head in a crisis, but a U.S. Air Force veteran who had undergone combat survival and prisoner-of-war training as well as culinary training at the CIA in California before becoming an Air Force chef, where one of his assignments was to cook for President Barack Obama on Air Force One.

After leaving the Air Force, he joined Sodexo, first serving the Marine Corps at its facilities in Quantico, Va., before taking up his current role at the House of Representatives. Somewhat counter intuitively, this tough military vet is also a skilled fruit basket carver and has become known over the last four years for creating gingerbread replicas of the Capitol building.

However, it wasn’t his culinary or artistic skills that allowed him to deal with the Jan. 6 crisis. Here’s his story of what went down that day, along with some background on the dining operations he oversees.