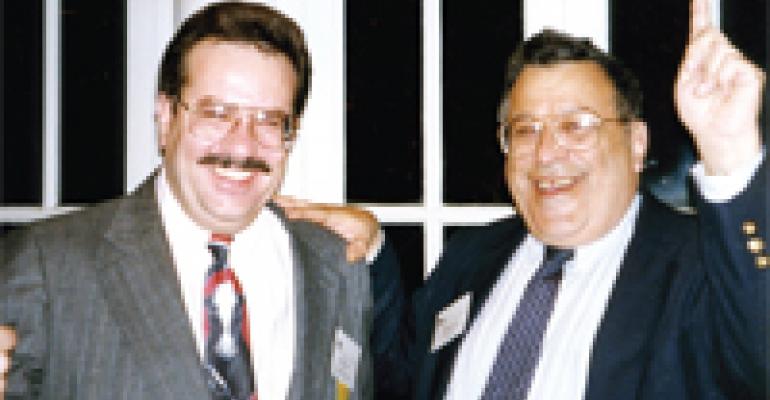 The Competitor as Mentor

Studying a competitor&#8217;s values and successes can provide a model from which you learn.

In contemporary business life, a mentor is a trusted friend or counselor in a senior position who can provide confidential advice and guidance for one's career development or whose own life experience can provide a useful model to the mentee or protegé.

Sometimes, though, mentoring can come from non-traditional sources. I am thinking in particular of the value that can be had by studying the example of successful competitors in one's field of endeavor.

It is common, although usually a mistake, to be overly critical of competitors, as if downplaying their successes will make one's own efforts more effective. In contrast, I've always believed one can learn a great deal from the competition as long as you don't allow yourself to build them up so they are “larger than life.” Studying a competitor's values and successes can provide a model from which to learn. It can also help you identify your own weaknesses and address them.

What brought this to mind was the passing a few weeks ago of Bob Civin, the former editor-in-chief of Institutional Distribution magazine. Between 1986 and 1996, I was hired to start up and operate a competing magazine, The Foodservice Distributor, and found myself immediately in the situation I just described. Bob was held in immense regard by his audience, and had guided ID magazine to a dominant position among its readers over a 20+ year career. As an upstart, my magazine had a very long row to hoe.

ID was a very established brand. As I learned first hand just how established it was, I came for the first time to appreciate the value branding has in the minds of customers. I also learned quickly that one of the secrets to Bob's success was that, to his readers, he was the brand. I became determined to learn everything else I could about Bob and how he ran his magazine. I read all of the back issues of ID I could locate and I became a student of his industry presence at a distance.

I remember having lunch once with several of the top executives from Atlantic Foodservices, a highly successful, Washington, DC-based foodservice distributor I was visiting at the time. At one point, they began talking about a conversation with Bob they'd had on the relationship between the pricing margins and distribution velocity of fresh seafood.

“He really understands our business,” one of the Atlantic people observed, as if I wasn't even there. “Civin knows where the profits are and how you have to operate to earn them.”

It is always a humbling experience when your readers say they admire the expertise of another editor with whom you compete. If you are smart, you take note of such comments, even if the experience is uncomfortable. I often ran into Bob face-to-face at industry events. Especially in the beginning, he always received the preferred seating, the most important panel moderation responsibilities, and so on. This, too, was humbling, and it encouraged me to study his approach all the more carefully.

I also learned that Bob was a consummate gentleman. On the scene, he always treated me as a professional equal. His charm and wit were renowned, and I never knew him to turn them against me. If anything, he went out of his way to make me feel welcome and even offered advice and constructive criticism from time to time.

Over the years I found out he was a more complex person than many people imagined. For example, as a young man he'd participated in the early “Freedom Ride” protests in the South. He was extremely well read and highly cultured, a world traveler and a very, very entertaining individual.

The last time I saw Bob in person was several years after he'd retired and I'd moved on to my role with Food Management. I was in New York City on business and arranged to go out to lunch with him. At some point, I mentioned the influential role he'd had on my own career.

Bob, in his gentlemanly way, acknowledged my remark but did not pursue it. Instead, he mused, “I've always thought the very best title in publishing was Editor-in-Chief. There's no better role, don't you agree?”

I did, and I do. Bob passed away on January 26, but in my mind, he will always remain a mentor. He was an editor's editor.