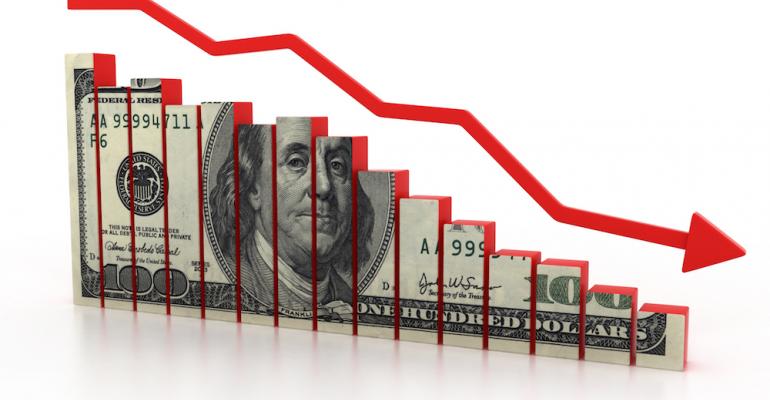 This and more are the things you missed for the week of June 13.

1. Senator wants to ban Meatless Monday for military
Joni Ernst, a senator from Iowa, introduced legislation that would ban US military forces from implementing Meatless Monday programs, saying the initiative would leave soldiers without adequate meat protein. Ernst said her proposed ban, which was an amendment to the National Defense Authorization Act, is in line with federal dietary guidelines, which suggest that animal protein plays a part in a healthy eating pattern. The guidelines also suggest, however, that the average American man gets too much protein from meat.

Read more: This Senator Wants to Ban Meatless Mondays for the Military

2. San Fran schools’ participation drops 16% following radical design program
Three years ago San Francisco Unified Schools (SFUSD) hired design firm IDEO to help radically change the way food was served in its schools. The district also hired Revolution Foods to take over the food production aspect. Industry and district officials hoped the idea would take off and that participation would increase. According to a new budget report released by the district, that has failed to actualize. Since March 2013 when the IDEO program was created, there has been a 16 percent drop in participation, or about 3,800 students fewer eating school lunch. In the budget, the district’s school foodservice department has promised to make finding out why the drop has happened one of its top priorities.
Read more: IDEO’s SFUSD School Lunch Plan Flops

4. Chinese students who don’t finish lunch to be penalized on grades
Many schools in the US are trying to mitigate the increasing amount of food waste inside their cafeterias. In China, that seems to be an issue too, but that country is taking a drastic move to address the issue: penalizing students on their grades. Students who do not eat all of their food would risk seeing black marks on their comprehensive assessments, and those who do finish their food would increase their changes of receiving prizes and scholarship awards. The country is trying to “teach frugality” to students and clean up the schools’ images following an austerity drive that has looked at reducing spending.

5. New bill would clean up Veterans foodservices
Following reports of roaches crawling across counters in VA kitchens, one congressman has introduced a bill that would require VA hospital kitchens to undergo the same type of inspections that private sector hospitals do. The bill would take away the VA’s power to self-police and inspect its kitchens and would hold hospital kitchens to the same health inspection standards as other private sector foodservice establishments.

Bonus: The University of Kansas’ new café finds inspiration from the “Rules of Basketball”