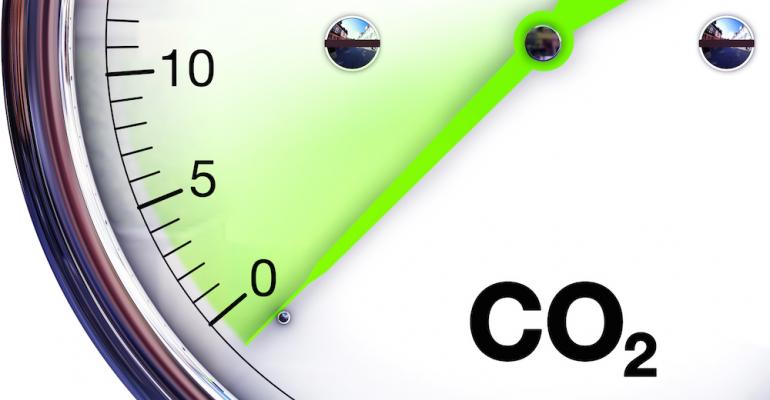 That and other findings from The Culinary Institute of America’s Menus of Change conference.

Last week I attended The Culinary Institute of America’s Menus of Change conference, which looks at the intersection of food, nutrition and environmental concerns. The conference brought together a host of scientists, researchers, chefs and foodservice operators to discuss the progress being made and the challenges still being faced. Here are some of the highlights and learnings:

We can’t meet our eco promises if we don’t stop eating meat. The US and other countries have pledged to make changes to keep the warming trend at or below 2 degrees Celsius. If we don’t stop eating meat, however, professor Roni Neff says we have no chance. Neff is assistant professor of environmental health sciences at Johns Hopkins Bloomberg School of Public Health and director, Food System Sustainability and Public Health at Johns Hopkins Center for a Livable Future. Even if we make all the changes suggested to support mitigating climate change (reducing our energy use, for example), we will go over the two-degree mark. Without a shift in our food consumption (i.e., reducing meat, eggs and dairy) we will be at a 2.7 degree Celsius increase.

Move over mushroom burgers. Chefs are taking on another meat-centric dish and making it plant-based. Instead of the classic beef tartar dish, 11 Madison Park in New York City is doing a carrot tartar. Staff brings out the grinder to the table so guests so see the tartar being made and they can select from a variety of mix-ins to flavor their tartar.

The paleo diet is being distorted. Yes, our ancestors followed a paleo diet, but it’s not what modern day paleo followers are eating, says David Katz, director of the Yale University Prevention Research Center and president of the American College of Lifestyle Medicine. The original paleo diet consisted of meat but it isn’t the meat we eat today (i.e., grass-fed beef). It looked more along the lines of antelope, game and insects.

Millennials follow their values. That group is more likely than other generations to divest from a company they deem not to be sustainable.

Vegetarians have high GPAs at UMass. The University of Massachusetts did a survey of their meal plan holders and found that the students with the highest GPAs were females who were vegetarians.

Food companies need to be better at telling their stories. That’s what Shelley Balanko from the Hartman Group said. Her suggestions for getting your message across to consumers: Simplify your story, talk in the language they speak in and talk to them about the things they care about. She added that marketing around a health and wellness message was the most bankable element because consumers can rationalize eating for their health rather than for culinary pleasure/experiences when there is a monetary factor involved.

Give your line cooks the chance to experiment. Sometimes innovation comes from unlikely places. Take luggage, for example. In the ‘60s it had no wheels. Then there was the version with wheels where you pulled it, but it often fell over and was bulky. Then a pilot created the modern rolling luggage. He had the long-term insight into what was needed. So don’t look to your customers but to your lead users (line chefs) who are at the front end of the problem.