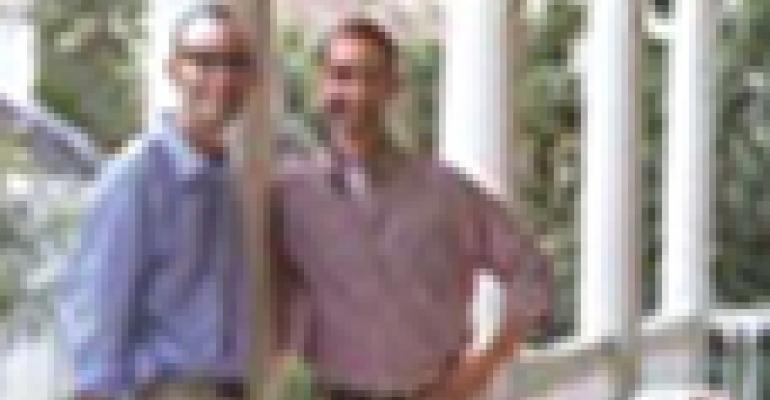 Most of us know what it's like to be homesick. Desperate for some connection to the life and friends that you're missing, sometimes you find food can take you home for a little while.

The Lee brothers, Matt and Ted, came of age in Charleston, SC, with the comforts of Red Velvet Cake, grits, she-crab soup, and other classics of the American South. In 1994, they found themselves about as far from the Low Country as you can get: in a cramped walk-up in New York City's Lower East Side, boiling peanuts for comfort.

The Lee Bros. Southern Cookbook covers all the southern staples. You'll find a whole section just on grits and rice. Recipes like Shrimp Burgers are easy to make. And don't forget fried chicken! “Fried chicken is easy to prepare and makes a terrific pick-me-up at the end of a long, bluesy workday,” the brothers write.

Just take one look at the cover photo of the Lee brothers wearing crisp gingham shirts, khakis, and friendly smiles, leaning over a white porch railing, a pitcher of sweet tea at the ready — you know these are some nice southern boys that you'd like to spend some time with.