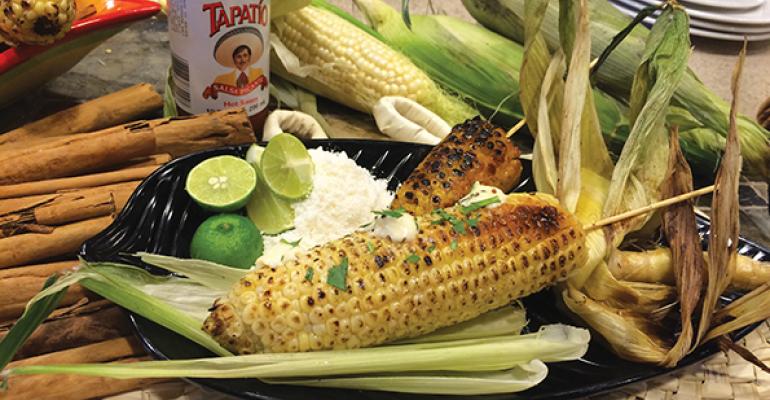 From Mexican street corn to spa cuisine and an over-the-top hot dog, Southern California&rsquo;s food has got it goin&rsquo; on.

Whenever you get big groupings of people in an area, that’s when you’ll find the food from their home country,” says Dave McHugh, who grew up in New York state but has been basking in the San Diego sun for decades now and hasn’t looked back. He’s chef of Pavilion Dining at the University of San Diego (USD), a small Catholic school that overlooks the cactus-covered hills of the city, a place that owes much of its culinary scene to Mexico.

That means lots and lots of fresh salsa found just about anytime at the campus eateries, and a lot of street corn.

“Just last Friday we served about 1,600 ears of street corn with cotija, lime, Mexican hot sauce and mayonnaise,” he says. “It’s the kind of thing you can find in Mexico, but also on the side of the road in LA.”

That juxtaposition of the earthy and the flashy, the then and the now, it just makes up a vibrant food culture on the Left Coast that’s unlike anywhere else.

Spa Cuisine that refreshes
One theory of why Californians tend to be so laid back is that they take the time to relax, recharge and rejuvenate. One way to do that is at a spa, where clean, healthful cuisine has been popular for decades.

That means food that’s lighter and brighter, including Tilapia with Quinoa Kale Salad.

Tri-tip is kind of a big deal
The tri-tip is a cut of beef, but to California barbecue enthusiasts, it’s a way of life. In the late 1950s, it became popular, and is traditionally rubbed with salt, pepper, garlic, other seasonings and grilled over red oak.

This results in a beefy, juicy experience that’s very low cost, since it’s a subprimal cut. California Dreamin’ on a budget.

Heavenly Snacks from the City of Angels

Traditions Bar & Grill, known as “Traddies” to regulars, is a campus pub at the University of Southern California, Los Angeles. It’s a popular spot to watch the big games or just hang out among the 10 flat-screen TVs. When Assistant Kitchen Manager Clayton Miranda wants to give students a taste of fun, funky Southern California, these items are at the top of the list: 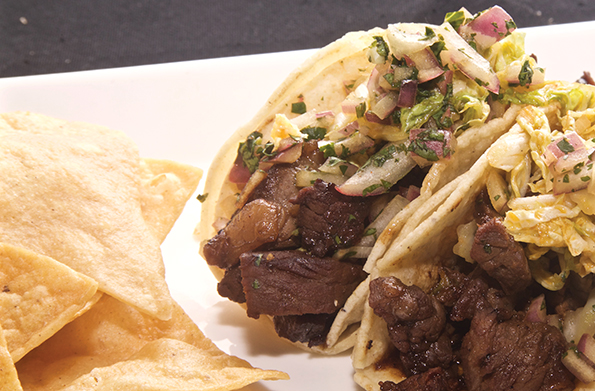 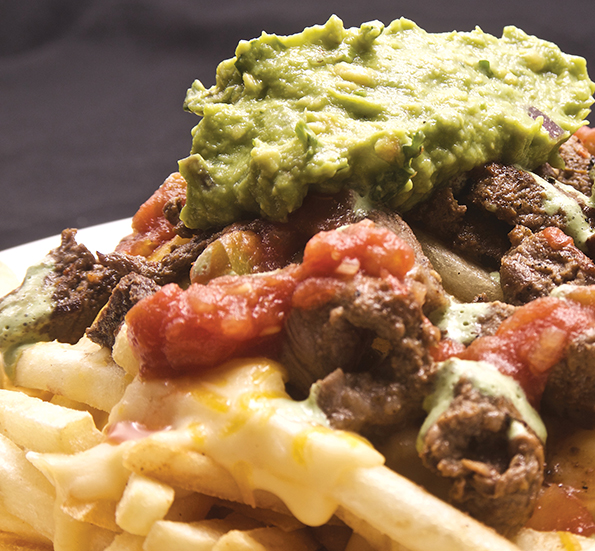 LA Dog: An all-beef hot dog wrapped in bacon on a brioche bun, with caramelized onion and pepper and jalapeño-avocado crema. 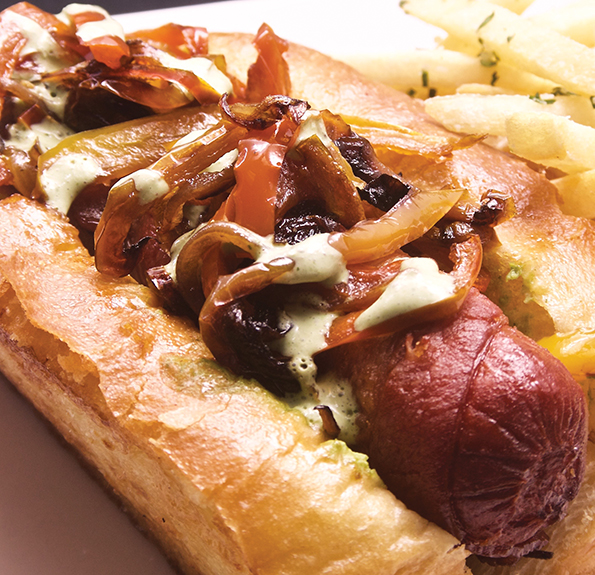