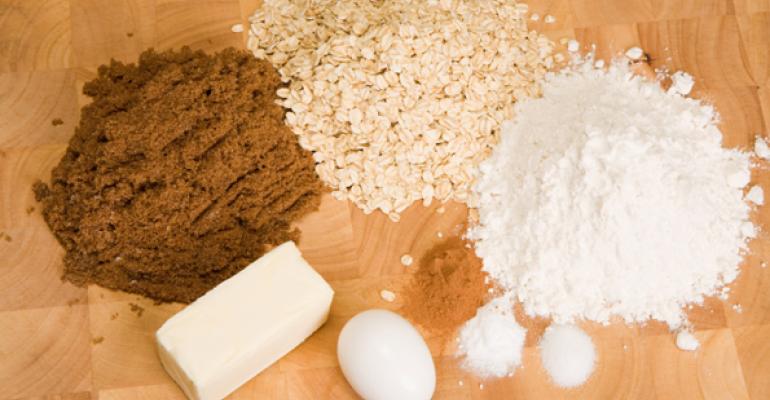 Sweet and salty are mainstream flavors, while foodies are drawn to more adventurous tastes. 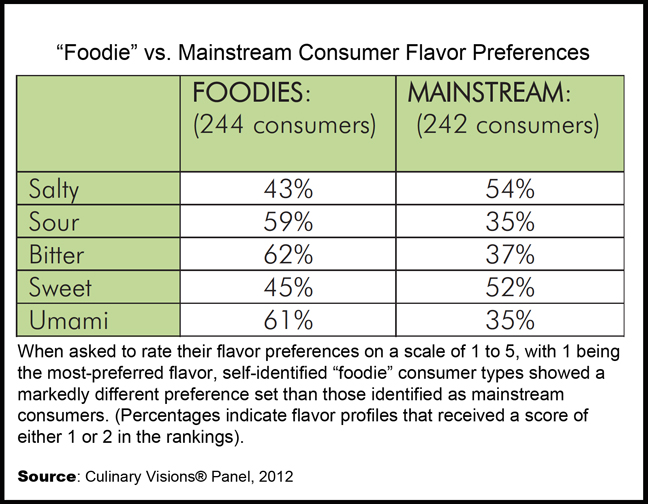 What’s the difference between a foodie and a consumer with more mainstream tastes? Foodies (or “adventurous diners”) are more likely to choose menu items with bitter, sour or umami flavors, according to a new study by The Culinary Visions Panel. Their plainer, more mainstream counterparts go with the tried-and-true sweet and salty flavors.

Two other groups, Health Seekers and Fuelers, made up a very small part of the sample. Here are how the groups defined themselves in the study:

The Essentials of the Flavor Experience study is unique in its comparison of foodies to mainstream customers. If you suspect that foodies make up part of your customer base, it would be wise to introduce a few menu items that stray from traditional flavor profiles.

Everybody has a Sweet Tooth

In the overall sample, which was obtained from more than 500 consumers, sweet and salty were the clear favorites, with 81 percent of consumers reporting sweet as their favorite taste with salty close behind.

The three other flavors, umami, bitter and sour scored lowest with consumers, at 19, 18 and 16 percent, respectively. Here’s where it gets interesting. Foodies, who identify themselves as “always or usually liking to try new dishes and flavors.”

While sweet may be considered “so mainstream and boring” to foodies, when given the choice, they dip into the chocolate just like anybody else.

Interestingly, consumer who said they prefer bitter, when presented with menu concepts with a sweet-forward flavor profile, chose these sweet items whether they were foodies or not.

It’s up to the operator to know their customers, says Sharon Olson, executive director of the Culinary Visions Panel, “Sweet and salty flavors are sure to please mainstream consumers looking for dining comfort and satisfaction.”

Olson suggests challenging customers a bit more and to “take a cue from what foodies prefer and introduce at bitter or sour note into a favorite menu item like chocolate.”

A bitter chocolate trio was a top scoring menu item among the majority of consumers—both foodie and non-foodie—who participated in the survey.

Generational flavor preference differences were revealed as well. Generation X, Baby Boomers and seniors preferred sweet and salty more than Millenials, although Millenials did like sweet and salty in high percentages as well. Millenials ranked the more adventurous flavor profiles bitter, sour and umami higher in preference than the other age groups. Bitter was the least preferred flavor profile for boomers and seniors.

The savvy operator will find the perfect individual balance between “captivating opinion leading foodies with enticing flavors, while appealing to the mainstream diner’s desire for satisfying, delicious and comfortable choices.

In addition to exploring consumer flavor preferences, the survey also examined other dimensions of flavor such as taste expectations at different times of the day and taste preferences versus menu choices. For more information on the survey, go to www.culinaryvisions.org