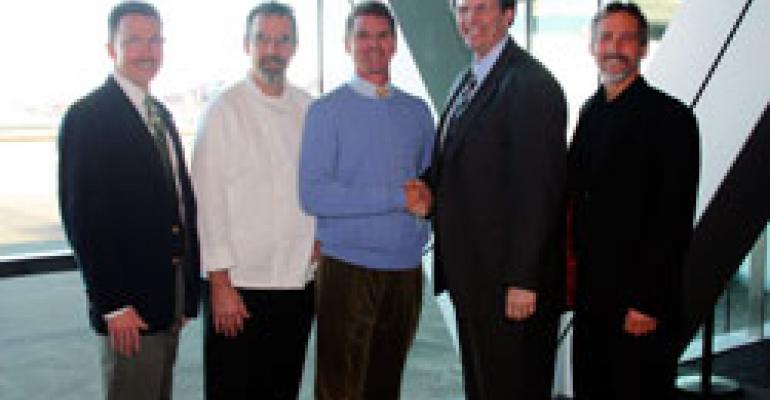 The Fellows with the Hobart Center for Foodservice Sustainability (HCFS) have awarded University of California Santa Cruz dining a $5,000 grant for its comprehensive approach to foodservice sustainability during the 2008 Greenbuild Expo in Boston. In addition, Scott Berlin, UC Santa Cruz’s director of hospitality and dining, was named an HCFS Fellow. UC Santa Cruz was judged as having the best sustainability program from among numerous entrants nationwide, which included educational institutions, foodservice establishments and hospitality facilities.

“There continues to be momentum in HCFS and the sharing of ideas and innovations as evidenced by the range of interest in the HCFS grant,” says Rick Cartwright, vice president and general manager of retail systems for ITW Food Equipment Group, and an HCFS Fellow. “This year’s recipient, UC Santa Cruz, is not only implementing sustainability efforts that shine as best-practice examples, but their innovative approach also demonstrates attention to detail in all aspects of sustainability and is proving to have a significant return on investment.”