12 foodservices heroes who served customers, communities and colleagues during the coronavirus pandemic 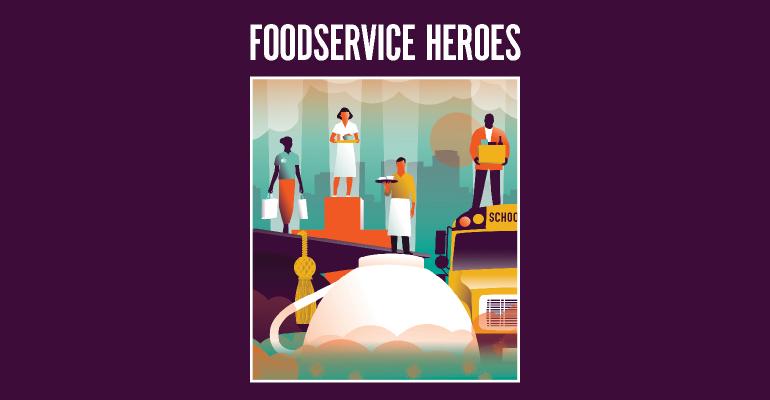 Start Slideshow ›
Here are a dozen foodservices heroes nominated by their organizations as going above and beyond the call of duty during this spring’s coronavirus crisis.

Desperate times call for…heroic measures. When the coronavirus pandemic hit the United States in March, forcing shutdowns, curtailments and general upheavals across all onsite dining segments, the industry responded not by folding its tents but by stepping up and fulfilling the mission of making sure customers—at least the ones still around—were served.

It was—and is—a time of heroes, and while Food Management can’t recognize every member of the onsite dining community who responded to the crisis with courage, commitment and determination, we can highlight some representative samples.

In May, we asked the industry to submit nominations of individuals who they felt deserved recognition as “foodservice heroes.” We were flooded with hundreds of responses from all sectors.