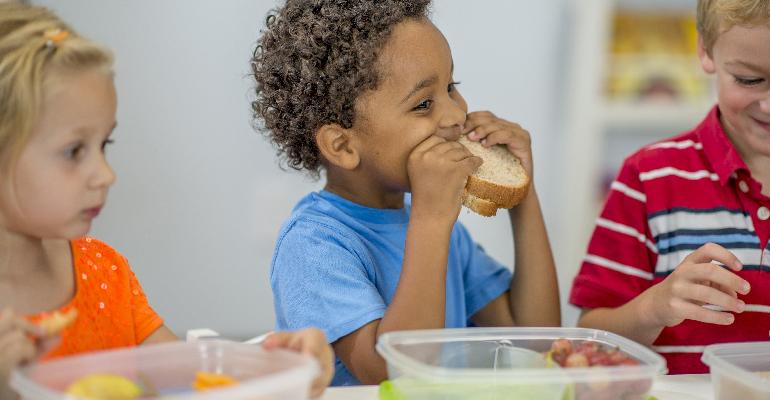 5 coronavirus things: CDC to recommend lunch in the classroom

This and an executive order to keep meat processing plants open are some of the stories you may have missed recently regarding the COVID-19 crisis.

Businesses should close break rooms. Restaurants should consider disposable menus and plates. Schools should have students eat lunch in their classrooms. These are some of the recommendations offered in new federal plans designed to help restaurants, schools, churches and businesses safely reopen as states look to gradually lift their coronavirus restrictions.

The draft guidance from the Centers for Disease Control and Prevention (CDC) has been sent to Washington but still could be revised before the Trump administration unveils it to the public. The recommendations were obtained by the New York Times from a federal official who was not authorized to release them publicly.

Related: 5 things: Are some profiteering off school meal distribution?

Meat processing plants around the U.S. have shut down because of the coronavirus, but Trump said in the order that “such closures threaten the continued functioning of the national meat and poultry supply chain, undermining critical infrastructure during the national emergency.” Using the Defense Production Act, Trump is ordering plants to stay open as part of the critical infrastructure needed to keep people fed amid growing supply disruptions from the coronavirus outbreak. The government will provide additional protective gear for employees as well as guidance.

The move was criticized by unions representing workers at the plants in question. The United Food and Commercial Workers union said in a statement that if workers aren’t safe, the food supply won’t be either. At least 20 workers in meat and food processing have died, and 5,000 meatpacking workers have either tested positive for the virus or were forced to self-quarantine, according to UFCW.

Even as the Trump Administration issues orders to keep meat processing plants open, several other issues are impacting the meat supply channel, according to this analysis. Among them are a current glut of meat being held in cold storage, much of it stranded by the sudden, precipitous drop in demand from the foodservice channel because of coronavirus shutdowns. It includes almost a billion pounds of chicken, for example.

While some of that glut can be repurposed for retail sale, such a switch requires significant—and expensive—retooling in manufacturing plants, which means there may still be a large backlog in the supply channel awaiting the restart of the foodservice industry in the coming weeks, including whatever onsite dining programs start ramping back up.

Further out, there is a growing backlog of animals—pigs, cows, chickens—on farms and in stockyards that become increasingly less valuable as they age (and get larger) beyond their optimum slaughter time. With demand from processors lagging, there will be increasing pressure on producers to sell their animals for whatever they can get or possibly start disposing of them if they start to become too much of a financial drain to keep alive.

Read more: Covid-19 has closed major meat plants across the U.S. What happens to farmers, livestock, prices, and supply? Your questions, answered

At the request of Maryland Governor Larry Hogan, the nonprofit World Central Kitchen (WCK) will expand its food relief operation at the Camden Yards Sports Complex in Baltimore. Camden Yards is the home ballpark of Major League Baseball’s Baltimore Orioles. Each Saturday, WCK, working with school meal vendor Revolution Foods, will distribute 10,000 to 20,000 individually packaged, fresh meals in Baltimore for residents to pick up and take home for the weekend.

“This certainly isn’t how we planned to be using Camden Yards right now, but at the very least, we can use the space to help families in need during this crisis,” Hogan said.

A sign of the times for the devastated airport concessions industry: The glitzy new $1 billion terminal that opened last November in Louis Armstrong New Orleans International Airport, where only two of the terminal’s food outlets—Chick-fil-A and Bar Sazerac—remain open, at reduced hours. Glen White, a spokesman for Delaware North, which operates several of the restaurants and bars within Armstrong International, says sales have fallen 95% and operations have been suspended at almost all of the 12 concessions it operates, mostly because passenger traffic is down an estimated 97% through the first three weeks of April compared to last year.