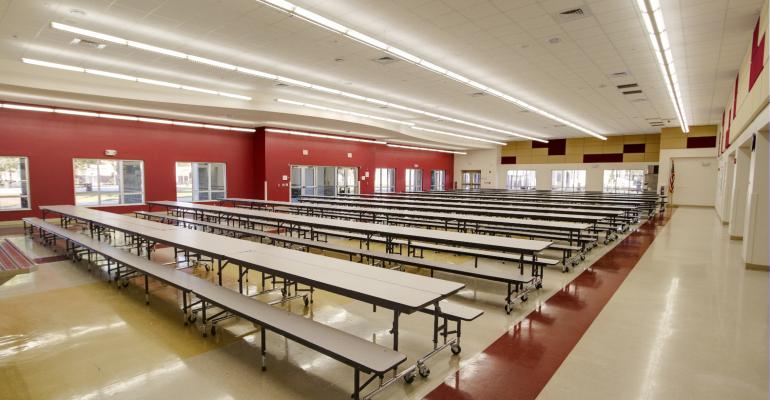 BRPH / iStock / Getty Images Plus
More than 1.15 billion meals were not served in school as a result of school closures during the 9-week period between March 9 and May 1.
News & Trends

This and SUNY Oswego pausing in-person learning are some of the stories you may have missed recently regarding the COVID-19 crisis.

In 2019, the National School Lunch Program and School Breakfast Program served approximately 15 million breakfasts and 30 million lunches daily at low or no cost to students. Access to these meals has been disrupted as a result of long-term school closures related to the COVID-19 pandemic, potentially decreasing both student nutrient intake and household food security…

In the early weeks of March, when closures were occurring at the district (rather than the state) level, the number of missed meals was relatively modest. By the week of March 9, as shown in Table 1, nearly 2.6 million school meals had been missed as a result of school closures, and by the following week that number had ballooned to nearly 125 million meals. By the week of March 23, with all states having mandated statewide school closures, the number of weekly missed meals reached its peak. Cumulatively, we estimate that among students who receive free and reduced-price meals, more than 1.15 billion meals were not served in school as a result of school closures during the 9-week period between March 9 and May 1.

Related: One On One With: How Maryville College Dining meets the COVID challenge

SUNY Oswego President Deborah Stanley announced today that the college will be pausing face-to-face classes for two weeks in hopes to mitigate the recent spike in COVID-19 cases. The campus is not closed, operations are not shutting down, and the school will not be sending students home at this time. Stanley said the pause is a voluntary effort. During the next two weeks, the college will re-test every student—on-campus, off-campus and commuter.

With many Silicon Valley companies extending their remote-work plans well into next year—or even indefinitely—because of the coronavirus pandemic, service workers whose duties can’t be done from home are hoping they can somehow hang onto their jobs even as campuses remain closed or have already been let go.

While employees who code software and design smartphones in the Bay Area are working from their homes, the duties of those who used to clean their offices, prepare their food and drive them to their campuses have been put on hold. Some of the biggest companies in Silicon Valley vowed early on during the pandemic that they would continue to support those workers, but other companies are starting to pull back, and it’s unclear how long the promises will last.

Read more: How long will the Silicon Valley employees who can’t work from home keep getting paid?

School leaders in Clayton and DeKalb counties in Georgia are hoping residents will get back on track picking up breakfasts and lunches paid for with their tax dollars. On a normal school day, DeKalb serves about 30,000 breakfasts and 65,000 lunches per day, DeKalb’s executive director of school nutrition Connie Walker told the district school board on Monday. But lately, the district has struggled to come anywhere near that kind of participation. It’s gone from almost 17,000 meals and snacks distributed daily in March to just over 15,000 daily in September, a schools spokeswoman said.

According to a news release, Levy will work to “introduce new restaurant concepts, heighten existing offerings with new cuisine and aesthetic enhancements, and create immersive dining experiences” at the Music Center. Part of that effort will include launching a new restaurant concept at Walt Disney Concert Hall, previously home to the now-closed Patina.