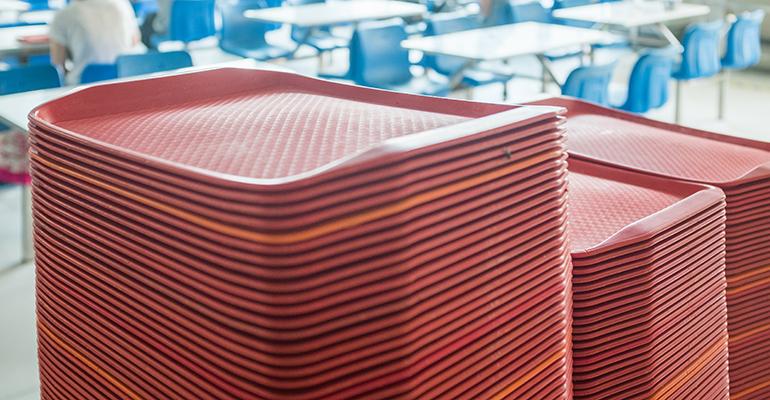 1. Aramark out at NYU

On the heels of last year’s Black History Month employee firings, New York University (NYU) has dropped longtime contractor Aramark, with hopes that Chartwells will take over July 1. Aramark had been NYU’s foodservice provider since 1976. According to the New York Post, NYU had solicited a new contract before last year’s Black History month debacle.

Child nutrition professional Katie Wilson has joined the Urban School Food Alliance, a coalition of some of the country’s largest school districts. In addition to serving as a child nutrition director, Wilson also served as the deputy undersecretary of Food, Nutrition and Consumer Services at the USDA. Wilson joins the alliance as its first executive director. The alliance aims to use its purchasing power and clout to enact changes in procurement in the K-12 space. Those changes include antibiotic-free chicken and compostable plates.

Starting next fall, upperclassmen who live on campus will have to increase their meal plan spend with the university. In the past, seniors could select whatever meal plan they wanted (though they did have to purchase a plan if they lived on campus); however, this fall they will be required to purchase at least an eight-meal plan. Juniors must purchase at least a 14-meal plan and sophomores, a 19-meal plan. Dining services also said the cost of meal plans would increase 4.5% next fall. The university said part of the reason for the changes was to help address food insecurity issues with students living on campus.

4. District says no to meal delivery

In what is becoming an increasingly familiar move, a school district in Michigan has banned third-party meal delivery on campus. The school said it was a security issue to have “strangers and people that we don’t know coming to our buildings with delivery bags,” according to Boston25news.

This article provides an update and look into the work that former Noma Chef Dan Giusti has made with his foodservice company, Brigaid. Giusti has been making the media rounds lately, including being featured on CBS’s Sunday Morning. Food Management caught up with Giusti last year about his work and his move outside of Connecticut.