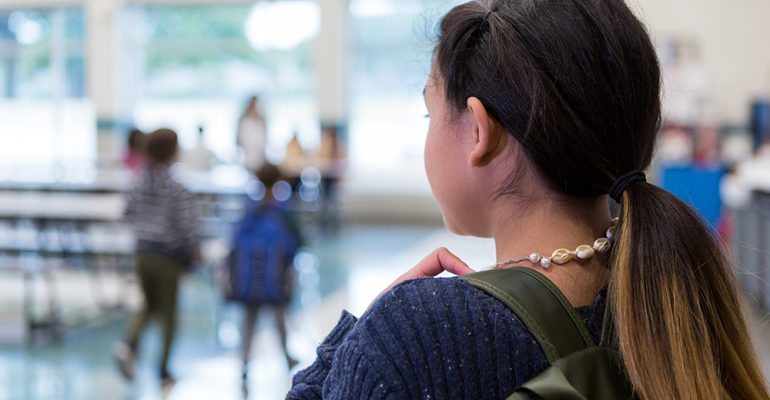 SDI Productions/iStock/Getty Images Plus
A student in Ohio was denied a school lunch because of a $6 debt.
News & Trends

This and the candy/champagne-fueled menu planned for the Grammy Award ceremonies are the things you missed for the week of January 20.

The music industry stalwarts attending the 62nd annual Grammy Awards at the Staples Center in Los Angeles on Jan. 26 will chow down on an upscale/downscale array of foods and beverages courtesy of Executive Chef Manny Slomovits of Levy Restaurants, which operates food and beverage at the venue. This year’s Grammy menu includes a slew of gluten-free, vegan and vegetarian dishes as well as a kid’s fever dream snack combo called the Grammy Snack Party Mix, which is a combination of Popcornopolis popcorn, chocolate bites, gummy bears, Sour Patch Kids and Bugles chips.

According to Slomovits, 800 food and beverage team members will be opening more than 2,000 bottles of champagne, hand-rolling over 5,500 mini egg rolls, prepping and adding one ton of vegan and vegetarian offerings into the menu, serving over 200 pounds of chocolate, setting out over 20,000 gummy bears and carving 12,500 ounces of prime tomahawk steak during the evening.

Read more: Here’s what the Grammy Awards will have on the menu at Staples Center

A cafeteria worker at McCormick Middle School in the Wellington (Ohio) School District reportedly took away a student's lunch over a $6 debt and is now in hot water over it.

"Not only took it while he was eating. Did it in front of the whole cafeteria," said the student's parent, Brian Babb, in a social media post.

"This is not the kind of organization we want to run,” said Wellington Superintendent Ed Weber. “It is outside our operating procedures and we will make sure appropriate action is taken. My heart's broken over it."

Weber acknowledged that a McCormick cafeteria cashier let the student get a lunch and head toward a table when another employee took the food out of the child's hands, something that violated district policy, which allows students to incur $20 in cafeteria debt. When that happens, the student is supposed to get three additional meals and then there's a reserve fund that can be used to help them cover the cost of lunch, Weber said.

An investigation into the cafeteria worker's conduct was launched and disciplinary action ranging from a letter of reprimand to termination is expected.

3. Patient dragged out of hospital cafeteria by security guard

A patient at Jefferson Hospital in Philadelphia says he went to the cafeteria to grab lunch, but instead was grabbed by a security guard and dragged out. Jemel Minor, the alleged victim, says he has been seeing doctors at Jefferson since he was diagnosed with sickle cell anemia 16 years ago and was waiting for a procedure.

According to Minor’s attorney, nurses were looking for him and had asked a security guard to bring him back to his room. A surveillance camera caught the incident, which apparently was also seen by a number of eyewitnesses.

The hospital discharged Minor the day following the incident, and he has filed a lawsuit for excessive force. A spokesperson for the hospital confirmed that the security officer is still employed at Jefferson.

The cafeteria manager at Patriot Academy in Dandridge, Tenn., has been indicted on theft charges after an investigation by the Tennessee Office of the Comptroller. A release from the comptroller's office said Christina Morris is accused of stealing at least $1,660.75 in cash that was collected from the school cafeteria between Nov. 1, 2018, and March 6, 2019.

The investigation began after county and school department officials determined that numerous cafeteria collections were not being deposited on time. Officials reported this information to Comptroller’s Office, and confronted Morris about the problem. After she was confronted, Morris returned $1,677 to the school and was placed on administrative leave.

Morris reportedly admitted that she had been using the funds for her personal use. She resigned on April 11, 2019.

Prior to his roles at ISS and Guckenheimer, Anderson led the growth strategy, inclusive of acquisitions, mergers and the successful integration of multiple companies, brands and cultures at the LSG Sky Chefs  inflight contract catering company.