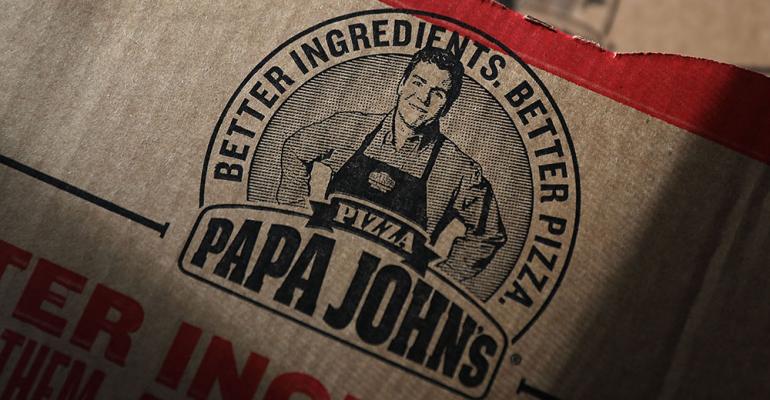 John Schnatter, founder and chairman of the board of Papa John’s International Inc., resigned last week in the aftermath of reports that he made a racial slur during a meeting in May with the chain’s media agency. Since then, Morehouse College has said it will remove the embattled chain’s locations from campus, saying, “The college is exploring all options for removal of the franchise from campus in light of the highly offensive behavior.”

Morehouse might not be alone. Missouri State and dining service provider Chartwells are currently looking into the situation and have reached out to Papa John’s. Chartwells had this to say: "Chartwells Higher Education takes pride in taking and creating a campus dining program that embraces diversity, inclusion and respect and is committed to working with partners who share these same values."

Duke Dining has removed all disposable plastic from its 34 campus dining locations. That includes single-use plastic carryout bags, plastic hot and cold beverage cups, plastic straws and plastic utensils. Instead, paper products (bags, utensils and straws) and drinkware made from a biodegradable plant-based substance called polylactic acid will instead be used. Director of Duke Dining Robert Coffey said this of the move: “Sustainability isn’t optional for Duke Dining; it’s who we are and how we define ourselves. The disposable plastics ban is another step in the right direction.” Duke says it has a robust recycling and composting infrastructure to help eliminate the paper products.

School districts are always looking for new ways to feed students while school is out in the summer. Christina School District in Delaware has expanded its program to include dinner service on Friday nights (between 4 p.m. and 6 p.m.) at a local farmers’ market. Meals are free for children and cost $2 for dinner at the market.

4. Bill would require self-op schools in DC
A proposed bill would require DC’s mayor to start a pilot program for self-operated foodservice schools in the district. The bill calls for at least 10 schools to go self-op in the pilot program in 2020-2021 and 2021-2022. The pilot also calls for student satisfaction surveys twice per year in those pilot schools. In addition, a cost analysis and satisfaction survey would be due from the mayor’s office. DC Schools outsourced its foodservice program in 2008, with projections for 73 percent savings by 2011. Those savings, however, were never realized—instead only a savings of 5 percent was found.

5. Hospital pilots healthy food program for employees
As hospitals walk the wellness talk, many are focusing on their foodservice programs. The Medical University of South Carolina is running a 60-day pilot with new healthier options that the medical center hopes its staff will select to eat. The healthier snacks, which include hard-boiled eggs and yogurt, are priced lower than they had been previously. The hospital ran a survey that found that 75 percent of its nurses put their patients’ health and wellness before their own, something the medical center hopes this pilot will help change.

Bonus: 18 pizza trends, styles and tips for a bigger piece of the pie