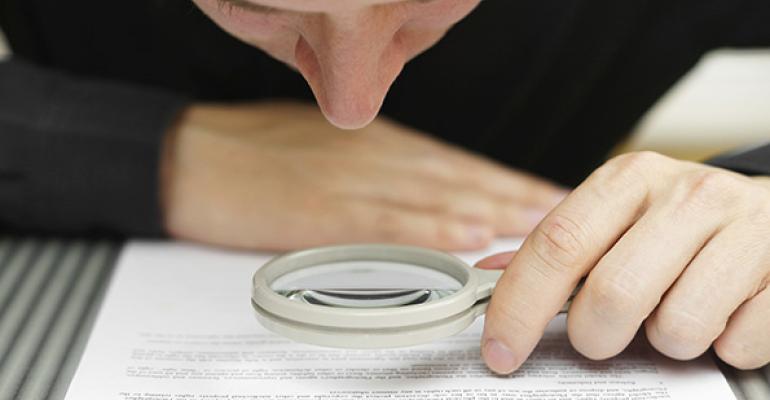 These and more are the things you missed for the week of May 4.

1.    Investigation alleges improper food contracts at LA charter schools
A state investigation found that PUC Schools, Los Angeles-based charter schools that are primarily overseen by LAUSD, awarded foodservice contracts to a company that was partially owned by one of the schools’ high-ranking employees. The probe, according to the LA Times, was looking into Jacqueline Duvivier Castillo, who was part owner of Better 4 You Meals, the foodservice contract in question, as well as PUC’s director of business and development. According to the paper, the charter failed to demonstrate the contract was “awarded properly despite the apparent conflict of interest.” Following the initial release of the report, the Times found out that Duvivier Castillo is no longer employed by PUC.

2.    College called out for serving shorted pints
Few things get people riled up more than messing with a favorite happy hour staple: the pint. Students at Humboldt State University, in Arcata, Calif., were none too pleased to find out that their “pints” were actually two ounces short at the Muddy Waters Café. Ron Rudebock, director of dining services, told The Lumberjack that dining services has been ordering 14-ounce glasses for as long as he can remember—he’s been with the college for 42 years. However, a pint is 16 ounces, and that’s how they are being advertised inside the café. Rudebock apologized for the mistake.

Read more: Is the Glass Half Full or Half Assed?

3.    Outside competition comes inside
To celebrate Nurse’s week, May 6-12, Fazoli's, the fast casual chain, is delivering spaghetti dinners to 1,000 nurses at select children’s hospitals. While the free meal is a nice gesture, wouldn’t it be better if the food and nutrition department at the hospitals were the ones providing the celebratory meal? I’m sure the departments at the selected hospitals had no say in the decision to allow Fazoli's to deliver food to their nurses but perhaps if the departments had planned an event and made a big deal out of it the hospital wouldn’t feel the need to allow the outside competition in.

4.    College student like takeout during finals
In another story about outside competition, the online ordering giant GrubHub analyzed data to see which colleges ordered the most takeout from local restaurants during finals. Virginia Tech had the largest spike in takeout orders during finals, at 46 percent, followed by Cornell and the University of Wisconsin. Another finding was that deliveries to libraries are 154 percent more likely during finals than during the rest of the school year. This is a great opportunity for colleges. Perhaps a limited delivery to a library during finals week could help boost sales and keep students from looking outside for their food.

Read more: The Colleges That Order The Most Food During Finals, According To GrubHub

5.    UMass altering meal plan after complaints from student-run businesses
The University of Massachusetts is altering its meal plan after introducing a new concept this past semester. Dining Dollars, which comes as part of some meal plans that on-campus students are required to purchase, can be used at any snack bar or café run by the university. But student-run businesses say Dining Dollars has hurt their business because they can’t accept them. According to an article from the New England Public Radio, the university is working with these businesses to allow for the payment with Dining Dollars.