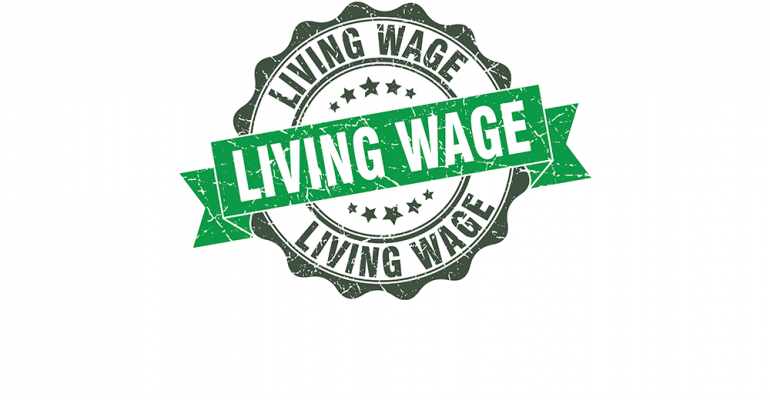 1. Contracted employees may not receive wage increase at college

As employers are looking to increase minimum wage, one group of employees at the University of Virginia (UVA) might not see the benefit. Full-time employees eligible for benefits at the college and medical center will see an increase to $15 an hour by Jan. 1, 2020. But dining services employees could be facing an uphill battle. Dining is contracted to Aramark at UVA. A series of opinions and acts back in the 2000s could make it difficult for contracted employees to receive the same increases. The Virginia Public Procurement Act (VPPA) dictates how public entities deal with procurement and nongovernmental agencies, and the state’s attorney general at the time wrote a non-binding legal opinion that basically stated that localities could not require contractors to set a wage amount under VPPA or require they pay a so-called “living wage.” A series of other moves have upheld that opinion, which leads us to today, when UVA is increasing its minimum wage to $15.

Currently, Aramark pays $10.65 an hour at UVA. Aramark says it is “continuing to work in partnership with the University (sic) over the coming months to address [wage] opportunity.”

Workers at University of California campuses staged a one-day strike this past week. The employees were calling for living wages. UC Santa Cruz, one of the campuses affected by the strike, said that providing sufficient staffing, they would keep dining halls open during the strike.

On the other coast, Tufts dining workers have voted to authorize a strike. That gives the union the authority to call a strike at any time, though one hasn’t been called yet. Dining says it has worked out a contingency plan to serve students if a strike occurs. Much like the workers out West, the Tufts team is calling on changes to wages, healthcare and the status of workers on temporary contracts.

When school is out, many students who rely on school meals no longer have enough food to eat. That applies to one-off days like snow days but also during longer breaks, including spring break. So one district is offering a hot lunch service on two days during spring break as well as grab-and-go breakfasts and snacks.

One of the biggest caterers of meals to hospitals in the UK is stockpiling 1 million frozen meals to help offset any possible disruption caused by Brexit. The caterer, Apetito, says it has spent about 5 million pounds to double the amount of raw materials it is ordering to create meals to last for five to six weeks of possible Brexit complications. Some have said a Brexit deal or no deal would increase the cost or limit the supply of products needed to feed patients.

Saladworks and Sodexo are working to bring the QSR brand to the contractors’ colleges locations through-out the US. Sodexo says the chain fits with its goal of offering more plant-based recipes. "Our college and university customers are always looking for quick, healthy and high-quality meals. Saladworks is a perfect complement to Sodexo's offerings and we look forward to rolling them out on campuses next school year," said Don Wood, external partnerships, Sodexo.”