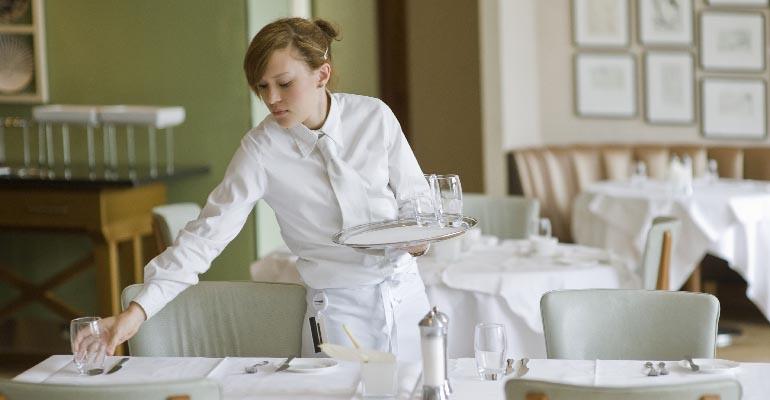 This and allegations of the misuse of funds donated to pay off school lunch bills are some of the stories you may have missed recently.

Average hourly earnings for workers in leisure and hospitality venues such as hotels and restaurants rose to $18.09 in May, the highest ever and up 5% just from January, according to recently released Labor Department data. Pay rose even faster for workers in non-manager roles, who saw earnings rise by 7.2% from January, far outpacing any other sector.

Pamela Fergus, a former professor at Metropolitan State University in Minnesota, did not properly spend $120,000 of the $200,000 she raised in the name of police shooting victim Philando Castile to pay off student lunch debts for Saint Paul Public Schools students, Minnesota Attorney General Keith Ellison has charged. Castile was a 32-year-old elementary school cafeteria worker who was killed by a police officer during a traffic stop in July 2016.

Schools in the University of Wisconsin System pledged to return to in-person learning next fall during a meeting of the UW System Board of Regent, adding that schools will return their residence halls to their pre-pandemic density of students and bring back meal plans in their traditional form. "Our campus will look more like the fall of 2019 than the fall of 2020," said UW-Parkside Chancellor Deborah Ford.

Jim McGrody, winner of the 2018 IFMA Silver Plate Award in Healthcare Foodservice, has announced that he is leaving UNC Health and assuming a new position with Orlando Health in Florida. McGrody is one of the most prominent figures in the healthcare foodservice community, most recently as director of food & nutrition services for UNC Medical Center in North Carolina. He joined UNC Health in 2006 after serving in various administrative and culinary positions with contract management firms like Morrison, Sodexo and Restaura.

Read more: R&DE Stanford Dining Joins Drawdown Labs: Why it Could Mark the Tipping Point for Campus Dining as a Critical Lever for Scaling Climate Solutions

Bonus: One On One With: High school students grow beef for use in their cafeteria meal program