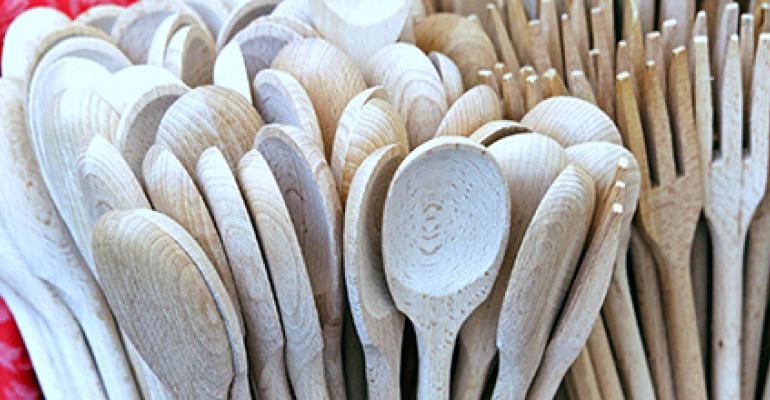 This and more are the things you missed for the week of April 9.

NYC schools, as part of the Urban School Food Alliance, has been working for several years to use the combined purchasing power of a handful of the dozen’s largest school districts to purchase higher quality, sustainable products. The group started with chicken, then moved onto compostable trays, and now it’s compostable cutlery. The district is set to spend $15 million on the product over the five-year contract. The Department of Education says the compostable product costs “a fraction of a cent more” than the traditional product it currently purchases.

2. Is delivery the future for college dining programs?

Convenience is a huge factor in all things we do these days, and food is no exception. With the proliferation of delivery services like Seamless, Grubhub and Uber Eats, it’s easier than ever to get food delivered right to your door. On college campuses, however, it’s not always that easy. Deliverymen don’t have access to dorms, and some campuses don’t allow delivery in certain areas. But some schools, like Boston College, are getting into the delivery game. They see it as not only an opportunity to provide another service for their customers but also as a way to gain additional revenue.

Read more: Food delivery right to your dorm door: How some campus dining halls are competing with GrubHub

More than one million after-school meals were served in DC schools in October 2016, according to a new report from FRAC. That number is significantly up from the nearly 200,000 after-school meals served in October 2011. In addition, the district served some 1.5 million dinners last year, a number the district says it is on track to hit again this year.

As senior dining centers close across the country, one college has opened its doors to seniors in the area by providing them free meals. For the past six months, a pilot program ran at the Mansfield campus of Ohio State University that allows seniors to eat for free at a dining hall from 8 a.m. to 7 p.m. Monday through Thursday. Seniors first have to call the area’s Agency on Aging, which is running the program. The agency then sends those seniors vouchers to eat at the college. The college is reimbursed with federal money. More than 1,000 meals were eaten by seniors during the pilot.

5. College apologizes for caterpillars in broccoli

Emerson College’s dining program apologized to students after they found caterpillars in their broccoli. The dining director said because the college purchases organic produce, there is a higher likelihood that caterpillars can be found, though he added that dining services employees go over every piece to ensure that no bugs are found.