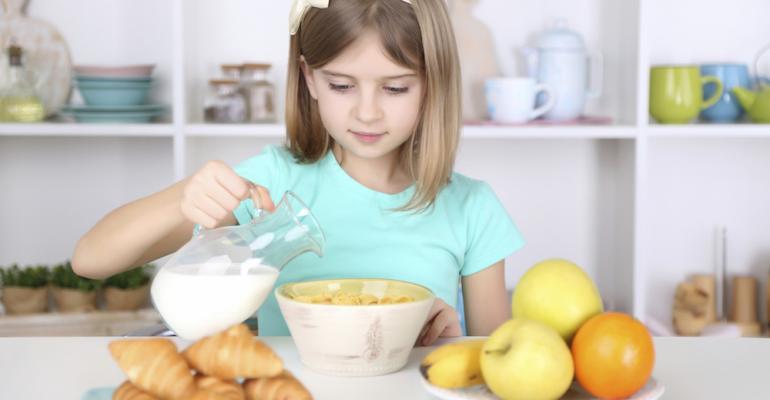 5 things: Two breakfasts may be better than none for kids

This and more are the things you missed for the week of March 21.

1.    Two breakfast may be better than none for kids
One reason some people don’t like alternative free breakfast programs, like breakfast in the classroom, is because they argue that students will “double dip,” by eating at home and again at school, increasing childhood obesity. A new study, however, finds that isn’t the case. The report, published in Pediatric Obesity, found weight gain among students who ate breakfast at home and at school was no different than those who ate only one breakfast or none at all. The study did find that students who skipped breakfast or ate the morning meal inconsistently had double the risk of obesity of those who ate two breakfasts. The study tracked almost 600 seventh- and eighth-graders.

Read more: 2 Breakfasts May Be Better Than None For School Kids

2.   Students question Kentucky’s local purchases
Students and supporters of Kentucky farmers are saying the University of Kentucky has greenwashed its local purchasing numbers. A new university report shows that dining services spent $2.4 million in local or Kentucky proud purchases in 2014. However, 74 percent of that $2.4 million didn’t benefit Kentucky farmers, according to the Courier-Journal. Some of those local purchases that didn’t benefit farmers include donuts, ice and Coca-Cola. The university defines “local” as goods from businesses located in Fayette or neighboring counties. The state defines Kentucky Proud as a product grown, raised or produced on a farm.

3.   UK hospital allows patients vouchers to eat in restaurant
Patients who are well enough will no longer have to eat at their beds. Those patients at Norfolk and Norwich University Hospital will receive a voucher to use for meals at the hospital’s restaurant. Friend and family can join patients for a fee. The move is a way for the hospital to enhance patients’ dining and healing experiences.

Read more: Norfolk and Norwich Hospital to allow patients to eat meals away from bedside with friends and family

4. What school meals cost in each state
This report, by attn.com, provides a breakdown of what the average school lunch costs in each state. Hawaii has the most expensive lunch for elementary students, at $3. That isn’t the highest overall, however, as several districts in California charge as much as $6. More than 3,300 districts offer meals for free through programs like CEP and Provision II.

Read more:  What the Average School Lunch Costs in Your State

5.  Colleges increase meal plan costs due to minimum wage increases and diverse student dining demands
As students demand more options and greater variety, colleges are struggling to keep up with the cost of adding more products to the purchase order. That’s the case with the six universities that make up the Minnesota State Colleges and Universities system, which announced meal plans would cost 11 percent more next year because students are demanding more vegan and gluten-free meals, among other options. Other universities are also increasing meal plan prices, but for another reason: to meet state-mandated minimum wage increases. For example, SUNY Oswego didn’t budget the additional $100,000 it incurred when New York increased its minimum wage to $9 an hour. Its dining services employs more than 700 students each year, accounting for an increase in payroll when the minimum age increased 25 cents last December. To make up for that increase, meal plan prices will increase next school year.