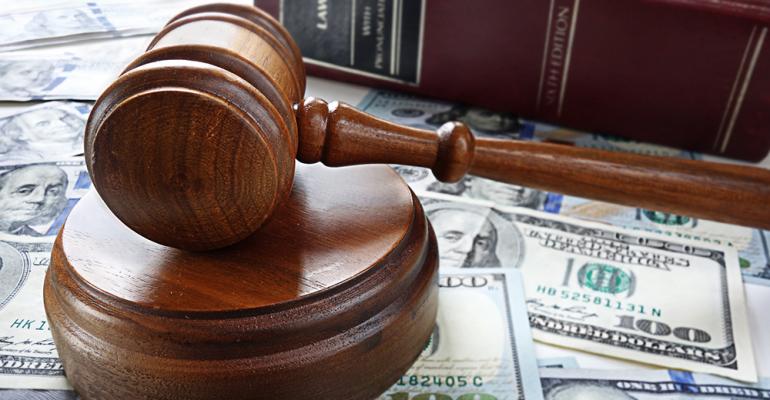 This and more are the things you missed for the week of May 7.

Earlier this year two dining services employees at New York University (NYU) were fired after a Black History Month menu went awry. One of the workers is now suing NYU and Aramark, the dining service provider at NYU, for $5 million, saying he was the “scapegoat.” The employee, according to an article on Patch, said Aramark called him “an insubordinate racist on the internet.” According to those involved, Aramark instructed dining services to create a Black History Month menu, which included Kool-Aid and watermelon-flavored water. The fired employee said he took no part in planning the menu but was fired anyway. The employee was the manager at the dining hall where the menu was served.

Read more: Duke University official complained about a rap song in a campus coffee shop. Then employees were fired.

3. Feeding students during the Calif. strike

Foodservice workers, among others, are on strike at the University of California system. While they are striking, the colleges are doing their best to continue to serve students. Some are using volunteer RAs to serve food, others have turned to mostly self-service. Many worked in advance to create prepackaged food items that could be picked up with minimal need for employees.

Read more: With its food workers on strike, how is the University of California feeding students?

4. CEP makes students healthier, study finds
A new study has found that students are healthier when the district in which they attend school offers the Community Eligibility Provision (CEP). CEP allows schools to serve all students free meals regardless of their payment status and without the need to fill out paperwork. The study found that the CEP program is helping students to become healthier—at least in Georgia—and that those students in Georgia CEP schools had an increase in the share of students in the healthy weight range. The increase was one percentage point and there was also a small drop in the students’ average BMI.

5. NY parents upset over school meals
A petition has been started by some parents whose children attend New York City schools, saying the school meals served lead to obesity. The parents say there is a “tale of two cities” when it comes to serving meals at city schools, with some schools receiving better options than others. This could be because some city schools work in partnership with another program called Wellness In The Schools that helps to bring training and education to schools.