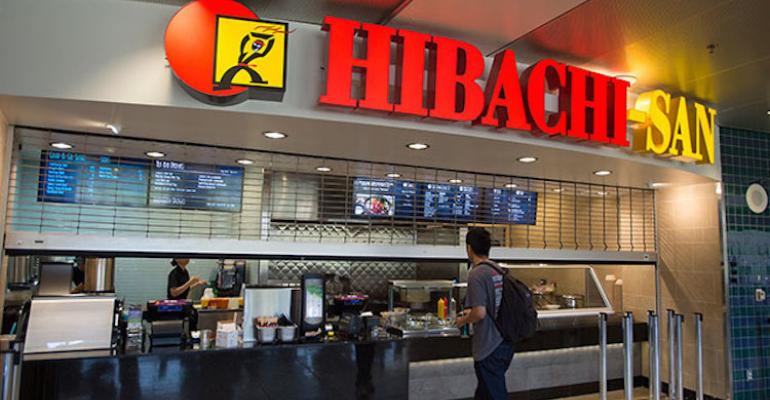 At the Cal Poly unit, the poke and teriyaki bowls are individually assembled in front of the customers using a base of steamed or brown rice, salad or soba noodles and then topped with fresh seafood such as albacore, octopus, salmon, salmon roe, scallops, shrimp, tuna, spicy tuna or yellowtail. The dish is completed with a sauce and additional toppings of the customer’s choice.

Another unusual touch at the station is a tea bar offering a variety of fruit and milk teas. Customers can also add boba to their drinks.