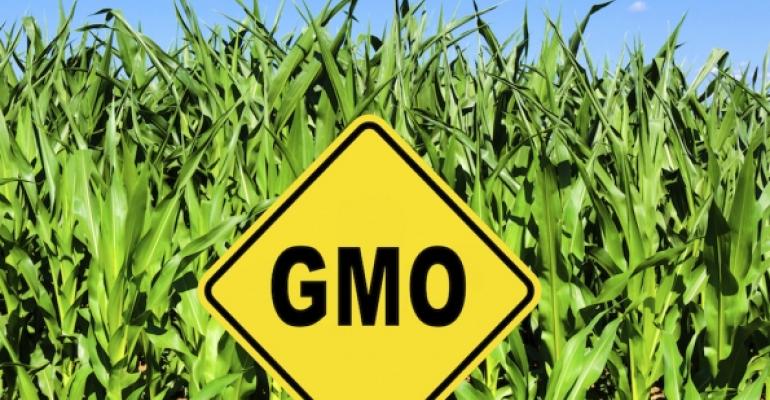 Viewpoint: GMOs are good for farmers, consumers and the environment

By 2050, the world’s population will have swelled to nearly 10 billion people. It’s a staggering number of mouths to feed, particularly as climate change and a growing number of severe weather events pose more problems for farming and food production. But advocates of GMOs say biotechnology can help us meet that challenge by producing more food more efficiently—and at less cost to the environment.

“This technology has been a huge benefit to farmers who are growing our food,” says Monsanto Director of Global Health & Nutrition Outreach Milton Stokes, Ph.D, MPH, RD. “We can produce more food. And as consumers, we’re able to enjoy one of the safest food supplies, and one of the most affordable.”

Even so, some people worry that genetically engineering plants in a lab is different—and less safe—than traditional modes of breeding that farmers have done for thousands of years. But according to Stokes, the processes are very similar. “Genetic engineering takes the process of plant breeding and accomplishes it more efficiently, with more precision,” he says.

Consider a tomato: When tomato breeders identify a wild tomato that has a characteristic of enhanced sweetness, breeders might want to cross the wild tomato with one that’s already available to consumers. “But that process not only transfers the sweetness gene.

It could also transfer other genes. Hypothetically, it could also have a tougher skin,” Stokes says. Using biotechnology, breeders could introduce that same enhanced sweetness gene to a commercially available tomato while keeping everything else exactly the same.

Using this same concept, biotechnologists are able to breed crops that produce a higher yield and are more resistant to pests. Rather than applying pesticides on top of a crop, genetically modified crops come with their pesticides already built in. “The pest feeds on the crop, it gets a signal that something is wrong, it has a disruption in its digestion, and it dies. Insects figure out that they shouldn’t eat the plant,” Stokes says.

That adds up to a less impact on the environment. “When pesticides are applied to crops, whether they’re natural or synthetic, farmers may use a tractor, for example, that’s fueled by fossil fuels,” Stokes says. For instance, before biotechnology, cotton farmers would have to apply pesticides as often as 20 times per growing season. “With the introduction of biotechnology, that number is significantly reduced,” Stokes says. In short, genetic engineering saves resources, and it saves farmers time.

Critics of biotechnology say that genetically modified foods aren’t safe—or at the very least, that there hasn’t been enough testing to determine if the foods are safe or not. But genetically engineered traits are studied for an average of 10 to 13 years before they’re commercialized. “I can tell you with confidence that biotech seeds and processes are one of the most studied things in our food supply,” Stokes says.

In fact, professional societies and health organizations like the American Medical Association and the World Health Organization have reviewed more than 1,700 studies backing biotechnology—and have determined that genetic engineering is safe. “The conclusion is that there is no reputable study or research that is identifying any concerns around cancer. There’s no reputable evidence of a causal relationship,” Stokes says. As for concerns about genetically modified foods playing a role in rising allergy rates? They’re unfounded.

According to Stokes, Monsanto has to demonstrate to regulatory authorities that genetic crops don’t contain new allergens.

The corporation does not support state-by-state legislation requiring genetically modified foods to be labeled, like the GMO labeling law that will take effect in Vermont this summer. “That would pose a problem for the food industry. A food company would have a very difficult time manufacturing food for just Missouri, and then a completely different food line and packaging for Vermont,” he says.

Still, transparency is very important to Monsanto, which is why it does support a standardized national labeling system. “At this point, we’re not in the position to characterize what that that label should look like,” Stokes says. “But we would defer to the USDA to come up with that standard.”

Viewpoint: GMOs aren’t beneficial—and they might be bad for us
May 23, 2016