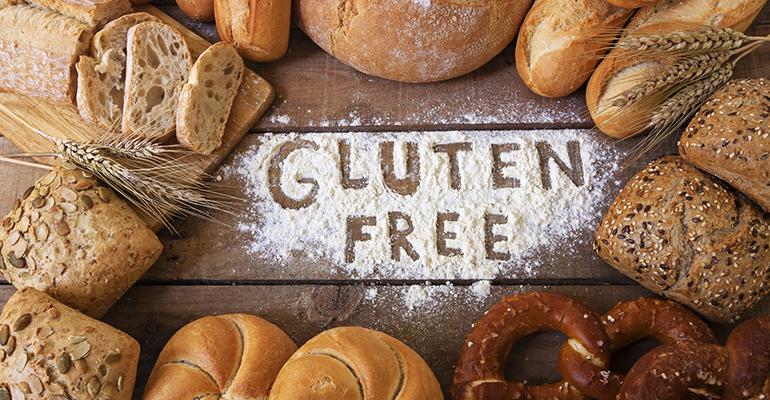 After operating for two years in the residential dining area, Sodexo’s gluten-free bakery at Liberty University recently expanded into retail dining on campus.

Liberty University Dining Services by Sodexo has expanded its service to customers wishing to avoid gluten-bearing foods by extending the offerings produced by its campus gluten-free bakery to the retail dining outlets.

Sodexo initially introduced the gluten-free bakery at Liberty two years ago as the company’s first campus-based gluten-free bakery. Since then, it has been offering a full gluten-friendly dessert and baked goods section in the Reber-Thomas residential dining hall, and now the same kind of specialty products will be available for more students through expansion into three retail outlets on campus. The gluten-free bakery “was created with our gluten-intolerant and allergic students in mind,” says Campus Dietitian Rachel Sanders, RD. “In the past, [gluten-intolerant] customers had to rely on prepackaged baked goods. Now, the types of baked goods and amounts [available to these customers] have increased significantly.”

The bakery now produces about a hundred different items, rotating through a two-week menu cycle that mimics the cycle followed by the traditional bakery, enabling gluten-free customers to enjoy the same kinds of items as their gluten-tolerant peers.

“Some things are a challenge, but in those cases we just come up with a different option so [gluten-free customers] have the same number of choices,” she says.

She says the few items where the bakeshop runs into issues include cereal bars that incorporate specific branded cereals that are not gluten-free.

The program has certainly taken off. While at the beginning the gluten-free bake shop was only producing about a dozen of each item, it now produces five times that or more, and the recipe database has swelled to over a hundred, ranging from muffins and coffee cakes for breakfast to brownies, cookies and cereal bars served all day. The gluten-free items are now also available at three campus retail locations in addition to Reber-Thomas: The Grid c-store, Hilltop Pizzaria and a kiosk in the medical studies building.

Dobson-Maliangos says the most popular gluten-free items include brownies and cookies. “Any kind of cookie that we put out there is very popular,” she says.

The gluten-free bake shop occupies a sectioned-off area of the campus production kitchen and has its own equipment, small wares and baker to minimize any chance of contamination. Everything is packaged there and labeled as gluten-free before shipping to the distribution sites. Dobson-Maliangos is working on developing a branded identity for the products.

She admits ingredient costs are significantly higher for the gluten-free items, but that is absorbed in the interests of serving the students who require the specialty products.

Dobson-Maliangos has been at Liberty for the past four years, so she oversaw the development and debut of the gluten-free bakery operation. She had had some experience with those kinds of products in a previous stint at Longwood University in Virginia, where she had to develop some gluten-free alternatives for clients.

She is now working on an extension of the gluten-free bakery operation by developing desserts free of the eight most common food allergens such as soy and nuts. Liberty already has a unit of Sodexo’s Simple Servings station concept, which serves a menu of dishes without those eight allergens.