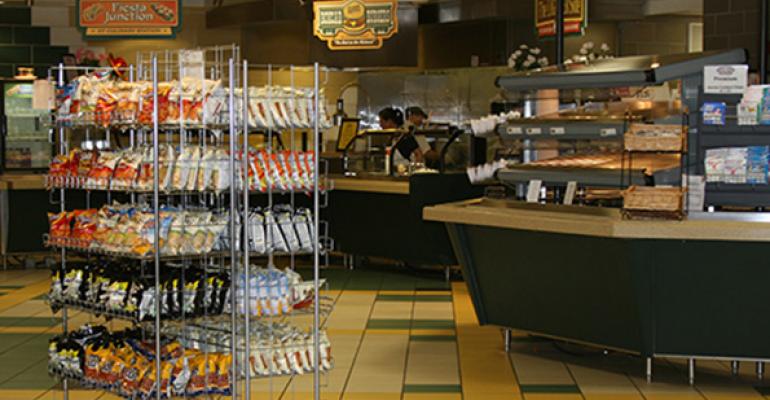 A K-12 specialist operating primarily in the Chicago metro area, Quest recently expanded its cooked from scratch, bulk-served meals in “satellite” environments, where meals are prepared at one school and delivered to another school for service.  These meals are made fresh daily and multiple options are provided daily, considerably expanding the culinary offerings available to sites that lack kitchen facilities.

Quest also hired a new president, Nicholas Saccaro, former vice president of operations with Creative Dining Services (CDS) this past year, with company owner Mike McTaggart assuming the role of CEO. In addition, a new position of director of food systems & experience was created to heighten Quest’s focus on nutrition, nutrition education and the student/customer experience.  Jennifer Hinkle, also from CDS, where she was director of nutrition, filled this role in the fall.

Quest also took major steps forward in expanding its role as an expert in helping schools evaluate their fit both within and out of the National School Lunch Program.  Two of Quest’s schools left the NSLP this past year, while one joined the program.

Aramark sees upticks in healthcare and facilities in fiscal 2021
Apr 26, 2022