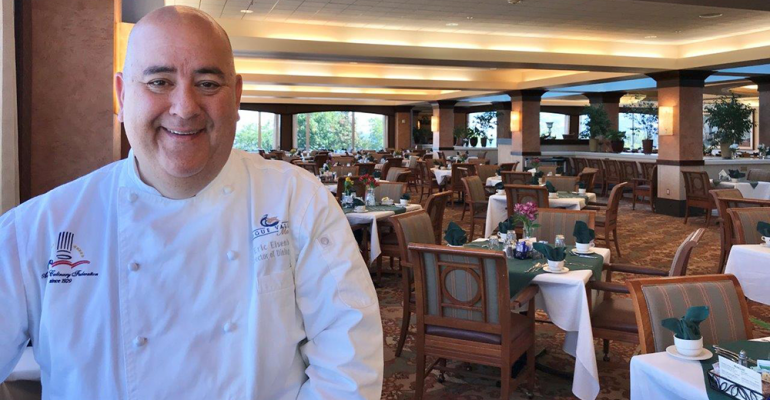 Eric Eisenberg has been a prominent figure in the healthcare foodservice community for a long time as executive chef at Swedish Hospital in Seattle and as a fixture in Association of Healthcare Foodservices (AHF) conferences and culinary competitions. Now, while he remains in the healthcare field, he has transitioned to a whole new kind of operation: a high-end CCRC called Rogue Valley Manor in Medford, Ore., which is one of 13 high-end senior living communities operated by Pacific Retirement Services (PRS).

At Rogue Valley, where he has been for about a year now, Eisenberg as director of dining services is responsible for onsite foodservices to about a thousand residents.

“It’s an entirely different experience from my previous job,” Eisenberg remarks. “Not in every way, but in many ways. I went from a corporate executive chef position where my job was very much directive but not a director job, to here, where I’m completely responsible for the department as director.” 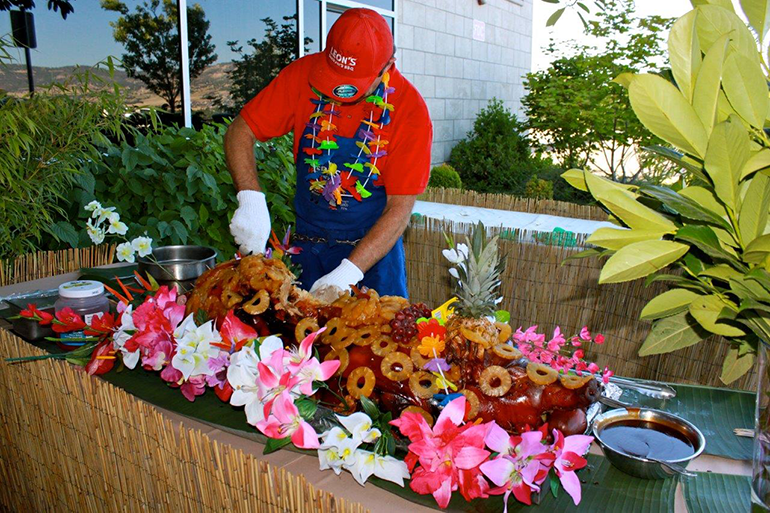 Special events are really special at Rogue Valley, such as this luau event with a roast pig.

He says he wasn’t particularly targeting senior dining for a career change but does stress that he wanted to remain in the healthcare field largely because of his affiliation with AHF.

“This was just an opportunity that arose,” he offers, adding that “there was no commitment to fine dining and utilizing my background in the acute-care setting where I was working, while senior living offered me the opportunity to really use every bit of my experience. We’re really allowed to go for it here and I think that’s the biggest difference.”

He also notes that the opportunities for culinary creativity at Rogue Valley far exceed those afforded at a hospital, “except on a rare, rare, rare special occasion, whereas here we do it on a daily basis, and when it IS a special occasion, it’s a REAL special occasion, so I’ve been able to combine my experience in healthcare with my previous career in the restaurant/club/hotel industry in a way that our very discerning clientele here really appreciates.”

Of the thousand residents at Rogue Valley, about 900 are in independent living, while half of the rest are what is termed “residential living,” which means they can either come down to one of the restaurants or have a tray delivered to their residence. The other 50 or so are primarily confined to bed in a way similar to acute-care hospital patients and receive regular meal trays.

Rogue Valley also recently debuted its memory care center for which a special meal program has been designed that has food prepared by chefs in the facility kitchen but then served family-style through a program called Dining with Friends in which the caregivers sit, eat and interact with the patients.

“We are currently one of the [few] facilities in the organization that are fully engaged with the total Dining with Friends program,” he notes proudly. 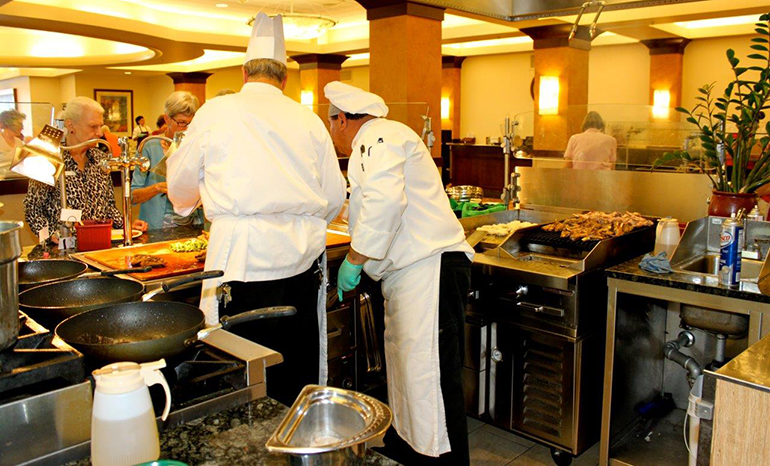 Rogue Valley dining venues range from buffet-style outlets like this to a tableservice fine-dining venue.

The five dining outlets at Rogue Valley include two buffet-style restaurants, one upscale table service venue, one casual bistro with counter ordering and the health center restaurant, which is a sit-down eatery for acute-care residents.

So what has Eisenberg been changing in the year he’s been with Rogue Valley?

“I feel that overall the team already did a great job and didn’t need me to come in and completely revamp the food program,” he says. “We already had great chefs, a great culinary team, great event coordinators and operations management, but what they needed was someone to kind of bring all the pieces together, and that’s really what I’ve been doing in my first year. I’m trying to find the secret [ingredient] to make all the plates spin at the same time and in unison”

On a more concrete level, he has begun integrating menus across the different dining outlets.

“All of our chefs in their venues were creating their own menus in kind of a silo, and that affected in various ways the way that we not only consistently produce food but the way we order, the pack sizes, storage, distribution, reutilization and making the most of our resources.”

He brought the chefs together with support staff such as procurement and created an integrated menu.

“So now instead of having a different six-week cycle menu in each venue, we have a single one that rotates through the different venues,” he explains, noting that a similar integration was effected among the health center dining room, the memory care dining operation and the tray service. “We turn them on a kind of wheel so that one venue would start on week one, another on week three, others on week six and then the next week we turn the whole thing, so we had one menu that was basically traveling around the campus. We don’t get a tremendous amount of crossover—there is some but most of the residents stick to the dining room that they prefer, though some follow menu items around.” 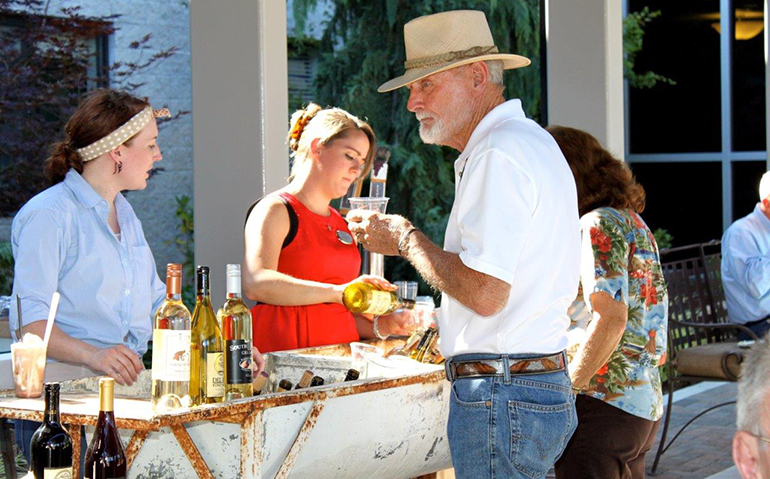 Rogue Valley has about a thousand residents, most of them in independent living units.

Advantages include tightening up procurement and having more standardized recipes so that dishes are more consistent even across different kinds of venues, such as buffet vs. sit-down, where the major difference in how it is presented rather than in any recipe variance. Eisenberg does note that this applies only for specials at the sit-down venue, which also has a standard menu that remains unchanged.

One advantage Eisenberg feels he has brought to his new role is a knowledge of the regulatory compliance aspects of senior dining, which are obviously also a major factor in hospital dining. It is something that candidates from commercial foodservice backgrounds generally lack.

“In our skilled nursing facility and in our memory care, we have state and federal surveys just like we do in a hospital,” he observes.

One thing he’d like to implement is a more flexible dining offering that accommodates different dining patterns, from those who always want their meals at the traditional times to those who prefer to graze throughout the day and even those who would prefer to prepare their own meals without a lot of fuss. For these, he proposes putting together meal kits from which food can be prepared quickly and easily in a residence, most of which have kitchens.

“When I came here, I was afraid I would spend a lot of my time fielding complaints, but that hasn’t really been the case. That has been a very pleasant surprise,” he says.