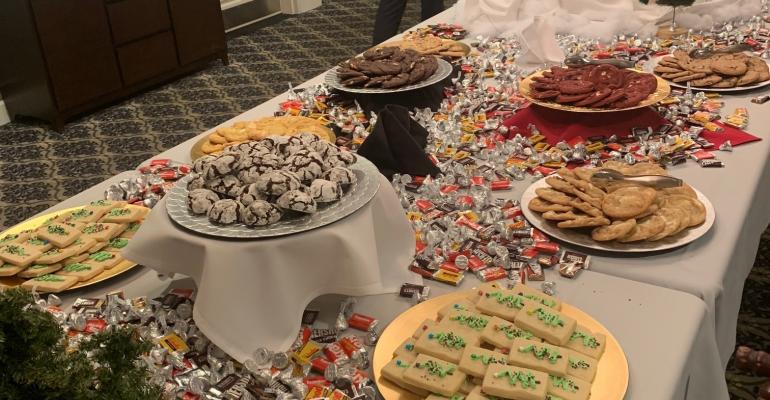 Stepping Up the Dining Experience

It would be daunting any time of year to launch a new dining program for a 700-resident senior dining program that partnered with another provider for the previous 17 years. But debuting new dining services during the holidays was especially nerve-racking.

Carol McKinley, president and CEO of Pennsylvania-based Simpson Senior Services says that didn’t seem to faze Sodexo. “They came in a week before Thanksgiving and knocked it out of the park,” she says. “Residents had nothing but positive things to share about the presentation, the food quality, the service. That's big: to be able to change a partnership like that and have it come out so stunningly.”

Gregory Blumenthal, Sodexo district manager, says the holiday meals, beginning with a full Thanksgiving menu, went so well because they listened to residents at all three Simpson locations and accommodated their needs. Based on a comment from one resident, for instance, the team added macaroni and cheese to the menu, even though the dish wasn’t in the original lineup. The resident was thrilled. And the dish was popular.

Blumenthal says they aim to run “the best restaurant in town” and are reaching for that goal by encouraging resident feedback and involvement in the dining program.

A number of residents sit on a dining enhancement committee that’s focused on making resident dining experiences better by sharing ideas for future meals. “Our residents have a lifetime of eating experiences,” Blumenthal says, noting that the committee helps the dining team capture that talent and enthusiasm. “I want them to know they're part of a team.” 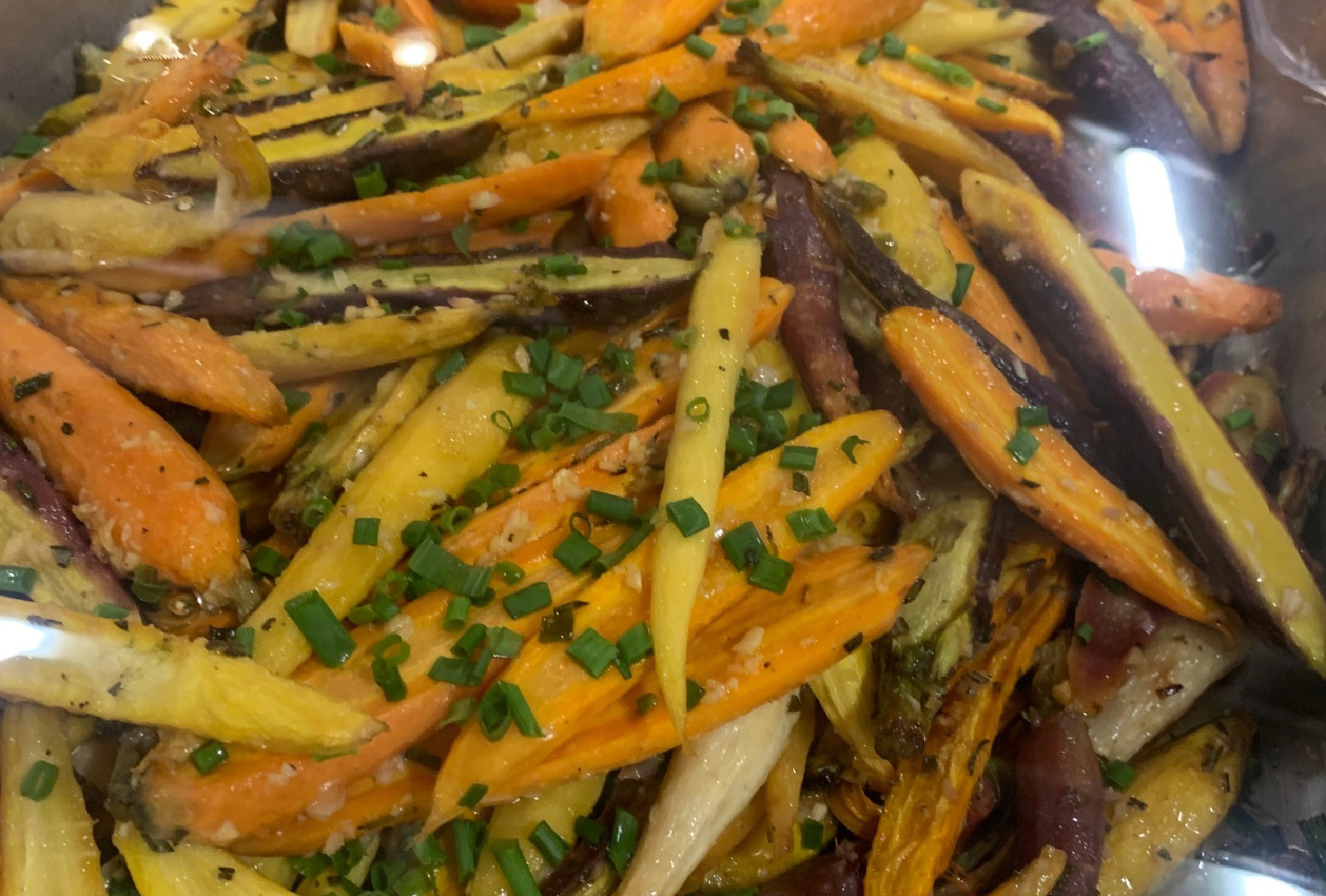 Sodexo expanded the menu to include new items, such as farm-to-table options and international dishes.

At Simpson, the dining team added regional farm-to-table dishes as well as international fare. Their Farmer’s Field concept, for instance, is made up of seven menued, tossed-to-order salads made from local greens and other produce, including a Niçoise salad, a summer strawberry salad and blackened steak and bleu cheese salad. On the international track, they plan to feature ​​grilled beef yakitori skewers served with dragon sauce that’s made of gochujang, soy, sambal and ginger. Every concept is designed to appeal to a wide range of palates, to work well for kitchen staff and to deliver top nutritional value.

Residents, in fact, are hungry for nutritional details; for many, health drives what they eat. To make nutritional facts readily availa ble to residents, the dining team uses the Bite app, which gives diners easy access to the entire menu and nutritional facts for each dish, including calorie counts, fat, sodium and carbohydrates.

They’ve incorporated a number of other technological tools into their program as well. Each dining room employs a Servi robot that ferries food from the kitchen to tables. The robots, which function well in areas without ramps or stairs, free up staff members so they can remain in the dining area to assist people. “The benefit of Servi,” Blumenthal says, is that “it keeps the talent in the room.”

They’re seeking to make local eating more inviting by placing hydroponic indoor growing stations in dining areas. Dining employees will use the stations, manufactured by Farmshelf, to grow a variety of leafy greens, cherry tomatoes, herbs and other ingredients. Each unit will produce about five pounds of produce a week—not enough to offset local purchasing significantly but quite enough to engage residents and display the dining program’s commitment to local food and an engaging dining experience. It’s exciting, Blumenthal says, to think about harvesting greens straight from the unit and tossing them into a salad. “We're talking about feet instead of miles, right?”

Speaking of resident engagement, Sodexo is also using HappyorNot stations, kiosks that invite diners to give immediate feedback about their experience, based on a simple smiley-face and color-coded system. It’s working. The dining team is receiving hundreds of pieces of direct feedback every week, which is already helping them understand resident preferences and improve dining across the program.

As to everyday experiences, Carol McKinley, says she has a strong passion for people who have movement issues and has been pleased with Sodexo’s responsiveness.

At her request, Sodexo acquired coffee mugs that are more accessible. “For someone who's arthritic, who has Parkinson's, or has other handling issues,” she says, “having a mug with a handle that they can wrap all their fingers around—versus a cup that is more teacup-oriented—it makes a huge difference.”

What they serve is important, she notes, and so is a positive dining experience—for everyone. “How do we deliver to those people who are compromised? It's extremely important for dignity,” she says. “For how people experience their meals.”

FM On Demand with Tara Fitzpatrick: Can we prevent or slow dementia through better senior dining?
Jan 24, 2023