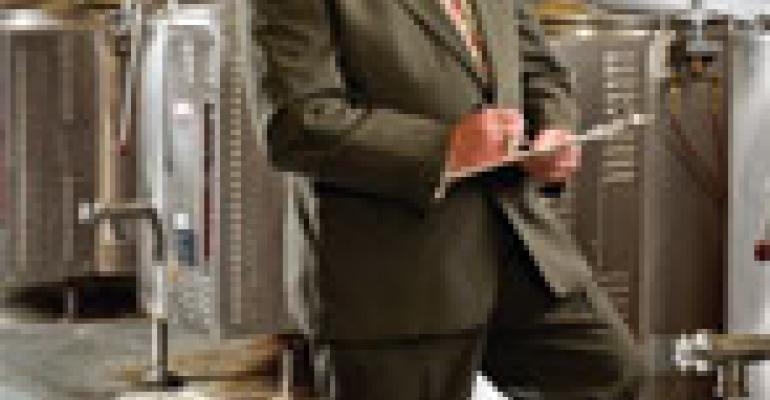 Major Robert James Beach offers guidance and a chance for self-reliance to offenders who work in the kitchen of the Orleans Parish Sheriff's Office.

In an environment where just keeping the violence and negativity at bay would be an accomplishment, Major Robert James “Jim” Beach offers guidance and a chance for self-reliance to the inmates in his kitchen.

A combination of character traits — toughness, fairness, tenacity — have served Beach well in his career as Director of Food Services at the Orleans Parish Sheriff's Office. His tell-it-like-it-is demeanor and sense of humor don't hurt, either.

He started working in law enforcement years ago, when Beach's future father-in-law told him, “If you're going to date my daughter, you need a real job.” At the time, 1983, in Slidell, LA, Beach was perfectly content working as a tennis instructor, but took a job as a deputy if it meant he could keep seeing his now-wife, Angie.

This step, along with a background in food (his father, a young widower, used to take Beach and his siblings to work with him at the A & P, where he was a manager), would change Beach's life — and the lives of many others — forever.

“One day, I was just getting off work, and the sheriff said, ‘You know something about food, don't you?’” Beach recalls. Eventually, he was in charge of foodservice for 7,000 inmates in 9 jails making up the Orleans Parish Sheriff's Department.

His first priority in the kitchen, “after making sure the inmates didn't kill each other,” he says, was cleanliness.

“It was about one step away from being closed by the health department,” Beach says, describing a kitchen that wasn't cleaned properly, to the point where it was overrun with roaches and vermin. He looked at the daunting surroundings and just started where he was.

Flash forward almost 30 years to the aftermath of Hurricane Katrina and all of its devastation — coupled with a harrowing evacuation of prisoners and staff. Beach took the same approach of “just starting, just getting to work” in the overwhelming mess:

“When we came back, the 52,000 square-foot building was under a foot and half of debris and trash,” Beach says. “In the kitchen, it was overwhelming. Someone looked at me and said, ‘Where do we start?’ I pointed to my feet and said, ‘We start right here.’”

Back when he began at the department, “starting right here” in terms of the kitchen meant putting into place a back-to-basics training system. Along the way he fostered an atmosphere of respect and pride.

“I work firm but fair. I show what I expect and then demand that they do it. Most of these guys yearn for leadership. They never had a father figure,” Beach says (Beach has two sons of his own, Max and Sam). “They've never had anybody say, ‘Son, it's time to get up and go to work.’ They need this.”

Beach starts with the basics for training in the kitchen: how to wash your hands; how to keep yourself presentable; how to keep your uniform clean. Then, inmates learn such skills as hot and cold food safety, how to calibrate a thermometer and how to store food properly in a freezer.

“I give them a booklet, and if they can't read it, then I will read it to them or another inmate will,” Beach says. “Then, they take a test. When they get the diploma, they can say that they actually did something. They send that diploma home sometimes.”

Beach teaches the inmates how to get a job in foodservice when they get out. “I teach them how to sit at an interview, how to look someone in the eye. The food industry is huge in New Orleans,” he says.

Over the years, working with Dietitian Mary Goodwin, MPH, RD, LDN, CPPB, Beach has also worked toward improving the quality of food to the point where the vast majority of complaints are that the inmates want more food. Goodwin and Beach have also worked to cut sodium and have created a heart-healthy menu.

When Beach first took over, institutional-grade meats — the true worst of the worst — were being bought and served. “A lot of people think inmates are just supposed to have bread and water,” Beach says. The gristly meat was bad, but Beach wasn't aiming to go to premium meats, either. He just wanted something better.

Beach worked with Goodwin to change the bid specifications, eventually getting better meats and very good fruits and vegetables, working in his “start right here” style — by starting on the first page of the bids and getting to work.