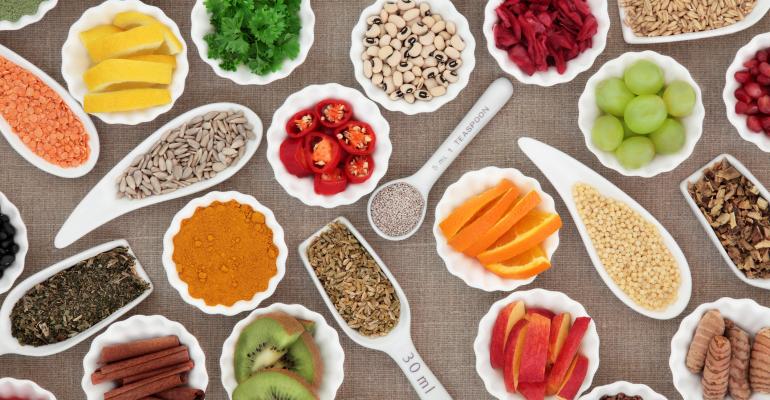 The movement toward plant-based eating has been chugging along for a number of years now. But it picked up steam in the non-commercial foodservice segment following the recent resolution by the American Medical Association (AMA) calling on hospitals to improve the health of patients, staff and visitors by providing more plant-based meals and removing processed meats from menus.

“Hospitals that provide and promote fruits, vegetables, whole grains and beans are likely to reduce re-admissions, speed recovery times and measurably improve the long-term health of visitors, patients and staff,” Dr. James Loomis, medical director of the Barnard Medical Center, says in a release from the AMA.

In response, hospitals and healthcare facilities across the country have been adding for the first time or increasing existing plant-based protein offerings and reducing or removing some meat altogether. Here's how some operators are making the move and you can, too.

“We’re here to educate as well as feed,” said Josephine Connolly Schoonen, associate clinical professor of Family Medicine and executive director of Nutrition at Stony Brook. “Employee wellness, productivity — we do take that seriously. We’re trying to build that demand.”

As well as offering more plant-based proteins — like the recent addition of a wider variety of beans and quinoa dishes to its build-your-own salad bar — Stony Brook also offers the Healthy You program, which provides staff with newsletters that promote healthy eating habits, one-on-one and group nutrition classes and educational opportunities.

Indeed, lentils and beans — including varieties such as chickpeas and pintos, black-eyed peas and favas — are becoming increasingly popular on menus, according to Datassential, which researches menu trends across the country.

Stony Brook also hopes to educate by example by growing some of the produce and herbs used in patient meals on its rooftop micro farm, and, in response to the AMA resolution, removing less healthy items such as bacon, soda and hot dogs from its patient menus.

“The farm itself is a symbol of our philosophy,” says Connolly Schooner. “A symbol and a visual.”

In March 2017, Kaiser Permanente Medical Center in Fresno, Calif. posed a 21-day Whole Food Plant-based Challenge, encouraging staff to eat at least one plant-based meal per day. The hospital promoted the challenge as a way for staffers to lose weight, improve or even reverse medical conditions such as diabetes and high blood pressure, as well as lower food costs and live longer, among other benefits.

Other hospital foodservice executives say joining a larger movement, such as Meatless Monday, is an effective tool for motivating staff and visitors to eat more non-animal proteins.

The non-profit Monday Campaigns developed the Meatless Monday campaign in partnership with the Johns Hopkins Bloomberg School of Public Health and the Johns Hopkins Center for a Livable Future back in 2003. But it still resonates today as evidenced by the many hospitals still participating in it, including the Johns Hopkins Hospital in Baltimore and others that have recently joined the campaign, such as Morrison Healthcare at the Mayo Clinic in Phoenix.