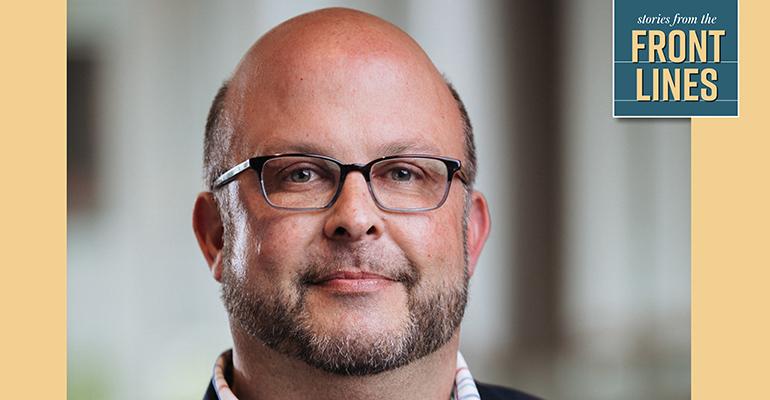 Alpharetta, Ga.-based Phillip Dopson, vice president of design and retail for Morrison Living, is passionate about making life better for our growing population of seniors and those who serve them.
Operations>Stories From the Front Line

Stories from the front lines: What can robots do for senior dining?

Morrison Living’s Phillip Dopson shares what robots are doing now in senior living situations and where they might be headed in the future.

Global life expectancy is at its highest rate in history, more than doubling since 1900. While still somewhat noteworthy, it’s no longer seen as rare for folks to live to be 100-plus years old. Senior living is becoming more and more important with that in mind. Someone who’s lived a century has seen the dawn of radio, TV, space travel, mobile phones and…well, every new technology we know today!

That’s why it’s super interesting for Phillip Dopson, vice president of design and retail for Morrison Living, to see the older residents interact with robots that are showing up more and more often in senior dining settings. Dopson talks about what robots can do now, and how the residents have reacted.

Dopson also points out that robots in any service sector aren’t being created to replace human jobs—or the human touch. Having robots do tasks like bussing tables or making salads (Sally the Robot for example), frees up their human co-workers to have more one-on-one time with residents or complete other tasks, benefitting everyone.

Stories from the front lines: A careful approach to dining at a new nursing facility
Oct 23, 2020