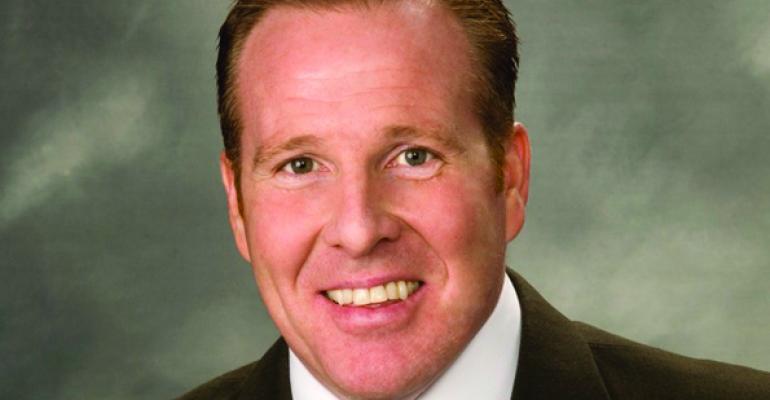 Idahoan Foods has promoted Drew Facer to president/COO, the first step in a succession plan being led by current CEO Gordon Lewis who has announced that he will be retiring in September 2013. Facer joined Idahoan in 1998 as director of foodservice marketing and was promoted to executive VP-retail in 2010.

McCormick For Chefs and the National Restaurant Association have announced the Kids Recipe Challenge that asks chefs and operators to submit kid-friendly recipes that follow USDA’s MyPlate guidelines and NRA’s Kids LiveWell criteria for Full Kids’ Meals. For more info, go to http://www.McCormickForChefs.com/KidsRecipeChallenge. Deadline is January 7, 2013. The winners will be honored at the 2013 NRA Show in Chicago.

Distribution Market Advantage (DMA) has promoted President/COO Dan Cox to President/CEO effective January 1, 2013. He will succeed CEO Bob Sala, who will retire from the company at the end of this year, but he will continue to be connected with the company he founded in 1988 by serving on its board of directors, consulting on strategic issues, and supporting a seamless leadership transition.

Sugar Foods Corp. has promoted Executive Vice President Jim Walsh to the additional position of COO. Walsh is a 25-year veteran of the company.

Phillips Seafood is partnering with the National Fisheries Institute Crab Council to promote sustainability efforts for the blue-swimming crab. This year, the NFI’s Crab Council will spend more than $600,000 on fisheries and improvement programs in four countries, with funding coming from a self-imposed assessment on each Crab Council member company for every pound of crab meat imported into the U.S.

ConAgra and Spicetec Flavors & Seasonings recently raised more than $120,000 to help end childhood hunger during their third annual Child Hunger Ends Here Golf Event. The funds, raised for the Food Bank for the Heartland, will help feed 750 children throughout Nebraska and Western Iowa this school year.

Tanimura & Antle has announced that it has added QR codes to the packaging on its food service products, with the initial printing included on its field packed artisan romaine and artisan lettuce cases. QR (Quick Response) codes can be read by smartphones to link to information such as allergans and nutrition content.