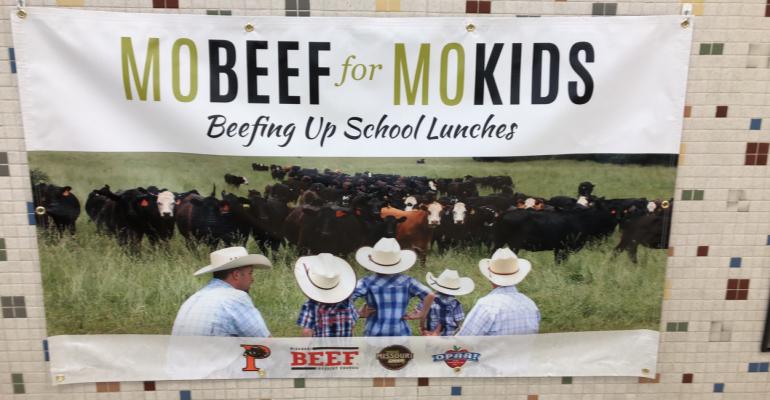 Sustainability remains a priority despite the pandemic

Even as operators face challenges ranging from fewer customers and staff shortages to supply disruptions and escalating costs, commitments to the environment and the planetary ecosystem continue.

Market trends driving commitments to sustainability issues like waste reduction, recycling, local sourcing and clean energy usage were accelerating when COVID hit in early 2020. While the pandemic has forced onsite dining operators to make significant adjustments in how, where and when they serve food, adherence to sustainability policies and practices never quite left the room even if they sometimes had to be compromised, such as by temporarily shifting to using non-compostable disposables rather than permanent ware or recyclable alternatives.

The industry’s major players are leading the way, developing strategies, deploying products and creating sustainable processes that, because of these mega-companies’ market reach across most onsite segments and their influence with vendors, help drive cultural and industry expectations toward a more sustainable outlook in foodservice environments.

Just recently, the industry’s largest contract firm, Compass Group, announced a host of net-zero commitments that will require it to reach carbon neutrality in its global operations by 2030 and net-zero greenhouse gas emissions across its operations and value chain by 2050. The first step in the latter commitment is a 46% reduction from 2019 levels in Scope 1 and 2 greenhouse gas emissions by 2030. Strategies will include transitioning its fleet to electric vehicles, switching to renewable electricity, transitioning menus toward more plant-based proteins, reducing food waste by 50% by 2030 and developing a global deforestation- and land-conservation-free supply chain.

Compass’ Bon Appetit Management Co. unit has gone even further, announcing a new climate change commitment this past summer that mandates a 38% reduction of emissions, per calorie of food, by 2030. 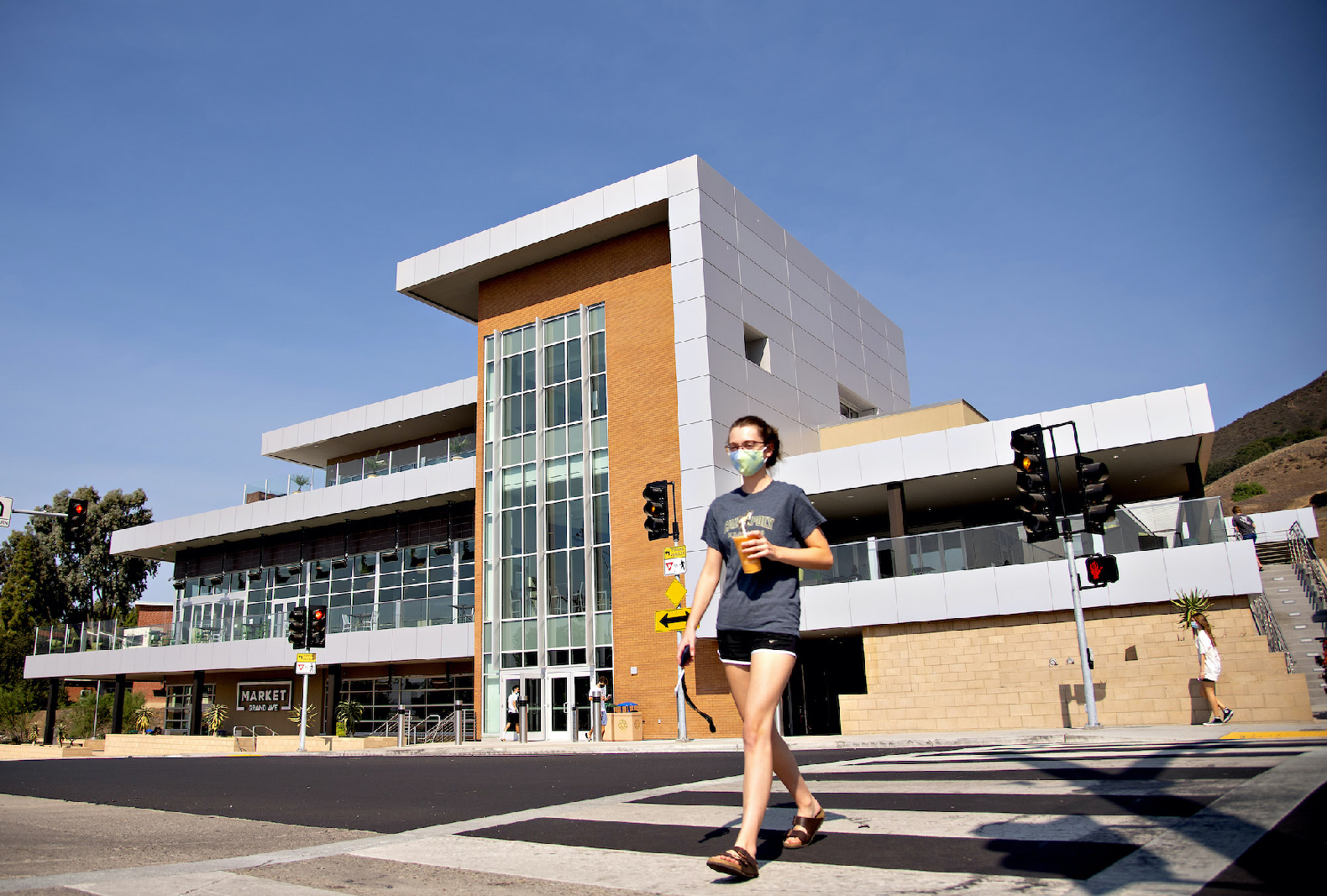 The three-story, 35,400-square-foot facility boasts seven new dining venues and a neighborhood market along with large, comfortable seating areas, outdoor fireplaces and game tables, all in an energy-efficient building that over the summer gained Leadership in Energy and Environmental Design (LEED) Gold certification.

The second-largest global contract firm, Sodexo, recently made its own commitments toward a net-zero goal, with an initial target of a 34% reduction in carbon emissions from 2017 levels by 2025. It has also pledged to make a third of its meals in the UK and Ireland vegan by 2025, another step toward more plant-based menus that follows recent moves in this direction in the U.S., such as its deal with Kellogg’s Away From Home to bring Morningstar Farms Incogmeato meatless burger patties to more than 3,000 Sodexo-operated locations. Sodexo also incorporated its Rustic Roots concept, which boasts several hundred plant-based entrees and was developed by its chefs at Bridgewater State University, into the recently renovated Raymond Dining Hall at Providence College.

Meanwhile, Aramark, the third of the “Big Three” contract firms, continues to pursue the goals set several years ago with its 2025 Be Well, Do Well sustainability plan to minimize food waste, operate efficiently, reduce packaging and source ethically, inclusively and responsively, recently updating that effort to a commitment to reduce greenhouse gas emissions in the United States by 15% by the end of 2025 from its 2019 baseline, thus decreasing its carbon footprint. More recently, it announced a partnership with the World Resources Institute to roll out the latter’s Cool Food Meals badge indicating climate-friendly choices on its menus, and earlier this fall, in celebration of National Seafood Month in October, announced a new commitment to increase local seafood sourcing in New England through a partnership with the Gulf of Maine Research Institute.

Other contract firms are also on the case. For instance, Delaware North is overseeing food & beverage operations at the newly opened Climate Pledge Arena in Seattle, the first-ever net Zero Carbon certified arena in the world.

Elior Group has proclaimed a corporate goal of increasing the percentage of responsible purchases it makes in the form of labeled, local and organic products, increasing the percentage of responsible packaging and consumables, and collectively addressing the challenges of combating deforestation and respecting animal welfare. A couple years ago, it switched to sustainably fished salmon in accordance with the Monterey Bay Aquarium Seafood Watch program.

A scan of the websites of the 2021 FM Top 50 contract management companies reveals that most have some sort of corporate policy statement pledging them to the pursuit of sustainability goals ranging from the serving of more local and organic products to the reduction of waste and energy usage.

Those are goals also being pursued by self-operated foodservice departments across all onsite markets. Here’s a rundown of a couple major areas of activity… 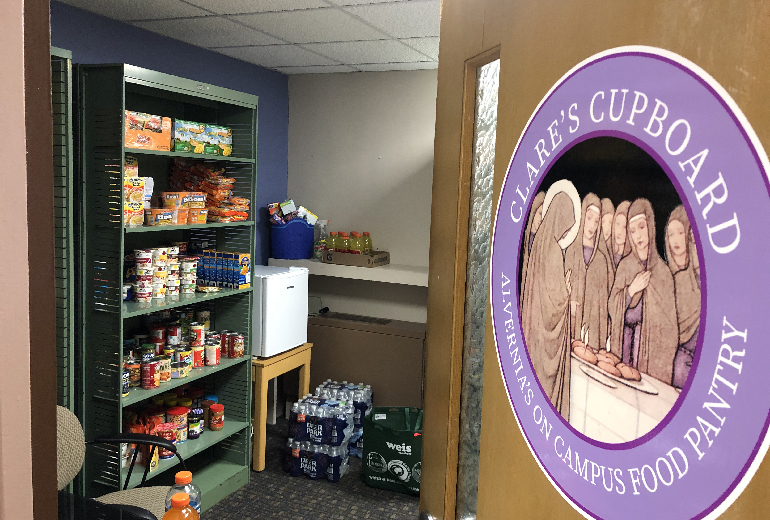 Minimizing food waste has become not only an ethical but a financial imperative recently.

According to a recent study from the Menus of Change University Research Collaborative, food waste on college campuses is driven by three key factors—uncertainly about whether a diner will like a certain item, differences between actual and perceived hunger and variety seeking. It suggests strategies like preference surveys, sampling and smaller servings as possible solutions. Also, the use of trayless dining models in campus all-you-care-to-eat venues has helped curb the taking of excess food.

For colleges and other segments, Compass Group’s most recent Stop Food Waste Day event, held this past spring, identified areas like awareness education, employee engagement and measurement protocols as effective areas on which to concentrate waste reduction efforts. Meanwhile, ongoing trends toward more pre-ordering even in K-12 environments helps kitchens control production and better align it with actual demand rather than relying on guesswork.

Meanwhile, whatever waste is inevitably generated is increasingly being mitigated through strategies such as composting and even onsite biodigester units that keep organic waste out of landfills. Excess production that remains consumable is being repurposed to socially beneficial ends like donations to food pantries. 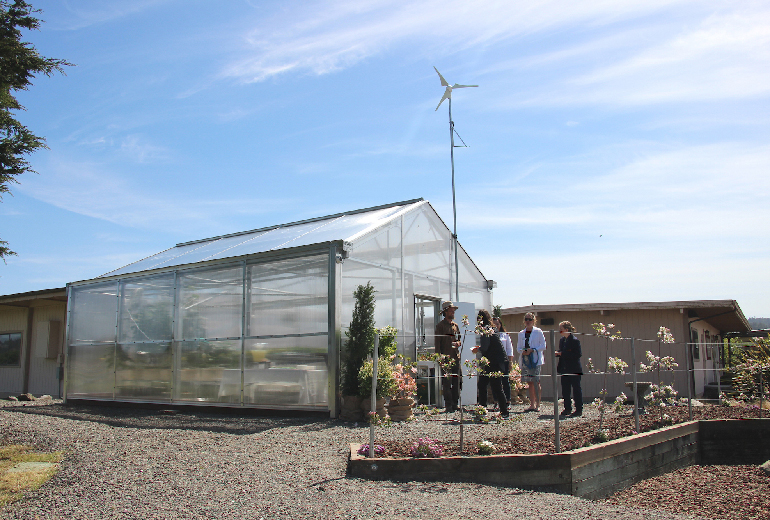 Increases in procurement from local providers has been increasing even before the pandemic, and in the current environment, some operators are even finding that these close-to-home sources are sometimes more reliable than the traditional national networks they had been using. Because the length of travel a product takes to get to the user strongly impacts its carbon footprint, this phenomenon has extensive environmental benefits in addition to advantaging local economies and resulting in extremely fresh product for end users.

Some operators are even going hyper-local, creating their own gardens on rooftops, in unused outdoor spaces and even inside cafes, where tower, vertical and micro-farms seem to be proliferating. Others are building greenhouses for year-round production where winter weather hampers crop growing. At hospitals, onsite gardens supplement in-house and community needs for fresh produce. Especially for schools, local or onsite production has not only supply but educational benefits especially if students themselves take a hand in the initiative. 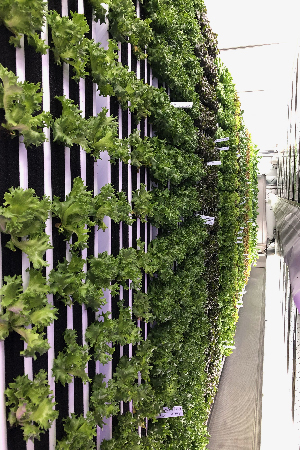 Local and onsite sourcing extends to other product categories, of course. Dairy and baked goods are traditionally sourced local in many instances, but some operators are also turning to nearby providers for their protein needs. Some even raise their own  and some are advancing into other areas like milling their own flour.

Similar to local sourcing on the sustainability priority scale is ethical sourcing, which can mean a number of things, from using local vendors or minority/female-owned vendors to buying products that were produced using ethical practices in production—such as cage-free eggs—and labor—such as Fair Trade coffees and teas—or products that do not damage the environment, such as sustainable seafood or meats from non-endangered species.

One area of ethical sourcing and practices that is growing on the consumption end because it also has implications for more healthful dining is the rise of plant-based dining. Eating less meat is associated with a beneficial environmental impact because of the effect of raising animals for food on land, water and greenhouse gas generation. As a result, commitments to increase plant-based menu choices have proliferated, driven not only by consumer demands but economics as the prices for animal proteins rise.

Recent examples include the opening of a plant-based café at the University of Connecticut and a commitment by a Minnesota high school to specific targets in increased plant-based menus by being the first high school to sign the Food Forward Pledge.