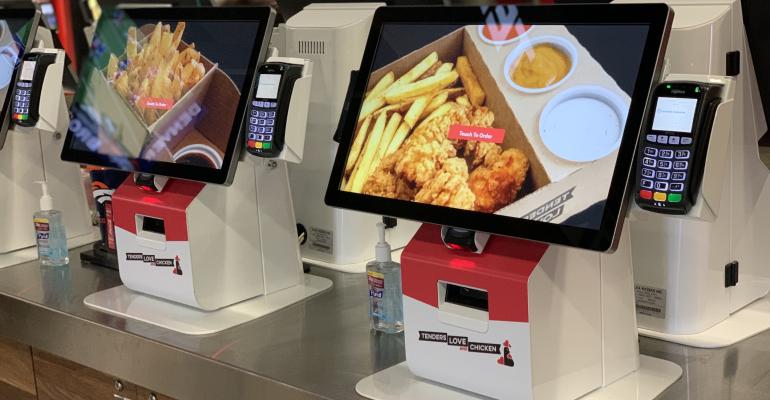 From self-checkout to in-seat ordering and fully automated retail spaces, concessions operators are finding ways to improve both operational efficiency and customer service

New menu items aren’t the only novelties pro football fans can look forward to as the 2022 NFL season gets underway. With staffing at a premium and stands once again filled to pre-pandemic levels, food and beverage providers have had to be innovative to maintain or exceed the service levels they were accustomed to providing in those heady days before March 2020, when the COVID virus suddenly upended everything.

Fortunately, the virus’ appearance took place even as tech firms were beginning to turn out automation solutions that either reduce the amount of staff needed or boost their efficient utilization. Now, those solutions and their new and improved progeny are cropping up all over the foodservice landscape, including in venues like stadiums.

Here's a look at what’s going on… 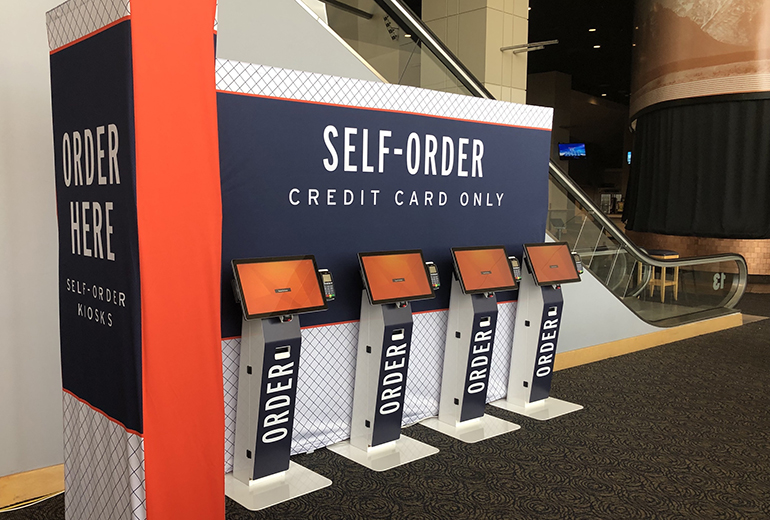 Self-checkout services are proliferating as the NFL season gets underway. Aramark, which partners with 10 NFL venues on food and beverage service, is expanding its self-checkout solutions with its artificial intelligence (AI)-powered grab-and-go models paired with smart-checkout devices from vendor Mashgin to get fans back to the game at record speeds. The near-contactless technology is featured in the new Drink Mkt at U.S. Bank Stadium in Minneapolis as well as the multiple Walk Thru Bru stands and two C-Town Eats locations at FirstEnergy Stadium in Cleveland.

GEHA Field at Arrowhead Stadium will also feature a new retail shopping experience where fans can use the Chief's mobile app to scan the barcode for any items they would like to purchase, then checkout through their phone and just exit the store. It’s one of the latest examples of automated retail coming to sporting venues. 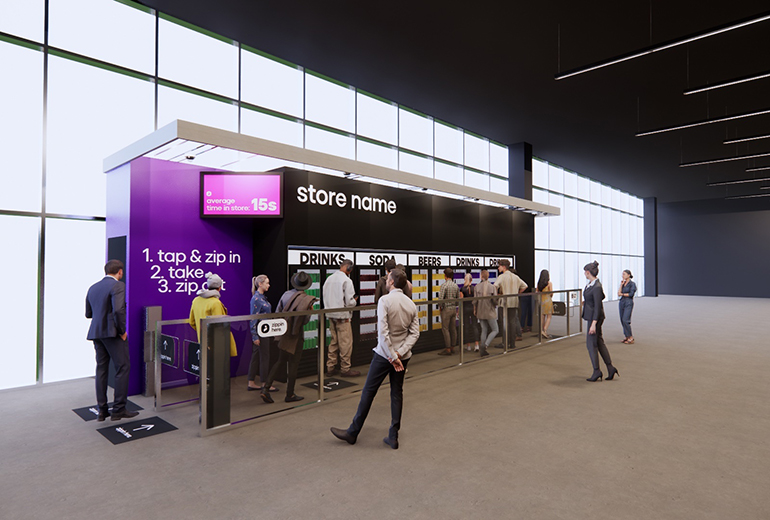 “We worked closely with the Jaguars this offseason to understand where our opportunities were to improve throughput and get fans back to the action as efficiently as possible,” Snead explains. “We’ve had a lot of success throughout Delaware North in deploying market-style concepts in sports venues, and adding self-checkout only further enhances the experience.”

Another checkout-free technology vendor, Zippin, is introducing a new store configuration to quicken checkout-free adoption called Zippin Lane that enables retailers and concessionaires to deploy checkout-free stores in under a week. Zippin has partnered with concessions firm Levy to bring nine Zippin Lanes to Nissan Stadium in Nashville and four to Allegiant Stadium in Las Vegas, where the operation reports a 66% increase in speed of service, a 45% increase in sales for the same space (a traditional stand) when compared to last year and a 30%+ increase in the number of product SKUs offered. 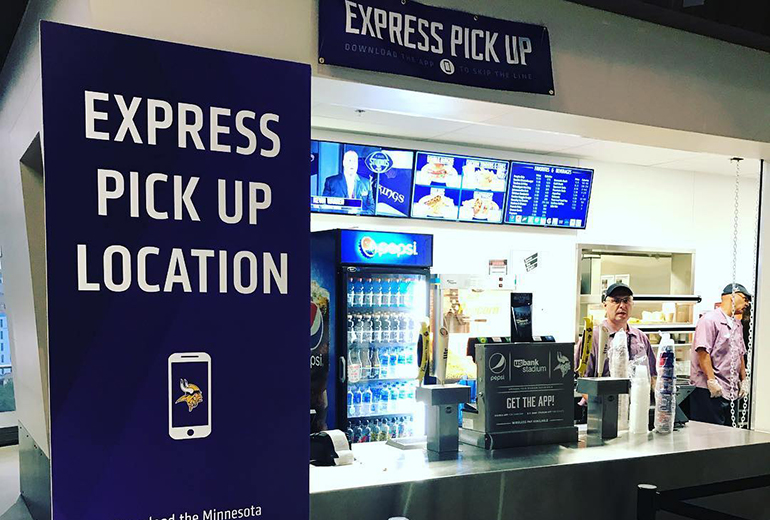 A mobile pickup stand at U.S. Bank Stadium in Minneapolis for fans using the SpotOn mobile order system, which lets them order from anywhere inside the stadium and spend less time getting their orders. The system even allows for loyalty and engagement discount programs and provides operators real-time visibility into operations that lets them quickly make data-backed decisions.

Mobile ordering is another technology on the rise in NFL stadiums. At Hard Rock Stadium in Miami, a new partnership between concessions provider Sodexo Live! and mobility real estate and delivery-only kitchens operator REEF will provide two new outposts where food can be pre-ordered and picked up. It is REEF’s first food-related stadium activation.

Sodexo Live! is also partnering with social payments platform CHEQ at Hard Rock Stadium to allow in-seat food and beverage delivery in select sections. Self-service kiosks have also been added in high-traffic locations, and CHEQ also allows fans and friends outside the stadium to send items to those inside.

Meanwhile, at the Caesars Superdome in New Orleans, a Sodexo Live! partnership with Waitr (soon to be known as ASAP) will allow fans in select sections to order food and beverages from their phones using the ASAP app.

Even alcohol service is being automated, with Acrisure Stadium introducing Blitz Beer, powered by Tapin2, where fans can order a beverage from the Steelers app or via QR code, pay through their mobile device, and pick up their order at any of a dozen new Beer Express locations after showing valid ID. FirstEnergy Stadium will also provide expanded mobile ordering capabilities through Cleveland Cold Ones.

Providing bar-quality cocktails at the push of a button, Bartesian cocktail machines will be deployed in suites and on mobile bar carts at Empower Field at Mile High, GEHA Field at Arrowhead Stadium, Paycor Stadium and U.S. Bank Stadium to serve premium cocktails in less than 30 seconds per serve, again after showing valid ID.

Even further on the cutting edge is TendedBar, a 10-foot-long bar that can dispense 10 liquors and 18 mixers at a time, which launched this summer during the summer concert series at Empower Field at Mile High. And, with digital age verification via Trueface facial recognition, the high-tech bar verifies guests’ age for each purchase and allows them to mix up a cocktail with a few touches of a screen, so no need for fans to pull out their ID again when ordering a drink.