GUILLAUME SOUVANT / AFP / Getty Images Plus
The Food and Drug Administration launched a series of regulatory efforts with the hopes of increasing the safety and traceability within the food supply chain.
Operations>Technology

With the costs of food safety lapses escalating, technologies to improve the prevention and identification of contamination are drawing significant interest and investment dollars.

Food safety has been a growing concern around the nation. Consumers in particular want more information about food sources, largely out of fear of potential carcinogens or cancer-causing chemicals. Foodborne illnesses, pesticides, and food additives also top the list. The Food and Drug Administration heard the call and launched a series of regulatory efforts with the hopes of increasing the safety and traceability within the food supply chain.

While producers, processors, and manufacturers understand they all share in the responsibility, the cost of food safety and its associated programs can be expensive. Take meat and poultry, for example. Depending on the size of the operation, a single food-safety plan can run anywhere from $6,000 to $87,000—and that’s not including additional training costs, which come with a price tag between $120 and $2,500 per employee.

However, the Centers for Disease Control and Prevention estimates that an average of 48 million people suffer illness from foodborne pathogens each year. This comes at an estimated annual cost of $15.5 billion, and the associated pathogen was identified in only 20% of cases. If every pathogen included in all FDA-regulated foods could be eradicated, the food industry would save upwards of $6.32 billion a year. That’s no small potatoes.

Though these are hard dollar estimates, consumer confidence and brand protection can be worth even more. A study from John Hopkins University found that just one foodborne-illness outbreak could lead to significant repercussions for a restaurant, costing the enterprise millions in revenue. The same is true should a food product be recalled. According to a study by GMA, Covington & Burling LLP, and Ernst & Young, 23% of food recalls exceed $30 million in direct costs. Other activities can drive the expense even higher and cause a ripple effect for those along the supply chain.

Suppliers and commercial customers also feel the weight of a recall. From supermarkets to the local butcher, businesses could lose significant revenue. In fact, 55% of consumers would switch brands, at least temporarily, after a food recall. More importantly, 15% of consumers would never purchase the product in question again. If a business is working under tight profit margins, losing a small percentage of customers could spell doom for the operation.

With billions of dollars being invested in the identification and traceability of food, it’s hard to deny that the marketplace is increasingly efficient and effective at finding and tracing the source problem. That’s a move in the right direction, but where the marketplace falls short is in new technology for tracking and traceability. Soon after harvest, the food supply chain intermingles, especially when it comes to grains, nuts, and fresh fruit.

This lack of accountability is unfair. Consider what this might mean for independent farmers who spend time and money to grow the safest crop possible. Should someone within the supply chain employ different farming practices that put into question the safety of the crop, it would reduce the value of their yield. Prevention and remediation are critically important from a technology standpoint, yes, but the ability to trace each crop could make a huge difference in encouraging greater responsibility for all parties and could protect those who farm by the highest standards.

Headed in the Right Direction?

By and large, the overall process seems to be working. So, yes: The industry is moving in the right direction, and both technology companies and those in the industry deserve much of the credit. They’ve heard the consumer and have been quick to return the call to prevent the potential of contamination prior to hitting food shelves.

The tightening of food standards has led to a shift in which companies large and small are investing significant dollars, with much of the spending devoted to new technologies. The additional emphasis on prevention means an increasing number of digital solutions are finding their way to the market. A recent article in Technology Networks highlights how these technologies run the gamut from genome sequencing and smart packaging to sensors and food-protection processes. (Full disclosure: This is where our company, NanoGuard Technologies, is spending much of its focus.)

All said, the future continues to advance new and exciting technologies, driven by the desire to improve the prevention and identification of contamination. As we continue to see this appetite to further food-safety improvements, we’ll also see an increasing number of companies investing in each of these areas. If you were to look at the venture capital space, it’d be difficult to ignore the spike in interest.

While the fix isn’t as straightforward as other areas of the food industry, the potential return is well worth the risk. In the first quarter of 2021, food technology investments totaled $13.5 billion. Investments did fall to $8.9 billion in the second quarter, but that’s still a great deal of attention being paid to the food industry. And much of the funding was focused on creating a safer, more reliable food system. While this may have been in response to the global pandemic, it’s still a big win for consumers and producers alike.

Being centuries old, the food-production industry clearly understands the importance of good manufacturing practices to minimize the potential of contamination. Clean facilities can limit (if not eliminate) the spread of pathogens most likely to show up down the line in the food supply chain, for example.

Where many manufacturers are now focusing their attention is in precision cleaning, which often entails a strict written protocol for cleaning procedures that never deviate from the schedule. It’s not that cleaning is done more often, as this can damage the product-contact surface and lead to other issues. It’s more about establishing a proper regimen in which the team members clean the components within the prescribed limits to ensure that any potential contaminants have been eliminated from the equipment.

The other area where the food industry is experiencing a great deal of positive movement is with smart packaging and its associated technologies. Smart packaging tech generally helps manufacturers in a few specific ways: measuring the freshness, temperature, and microbial growth of goods—and in real time.

Smart sensors are quickly becoming the next-generation technology in the food industry. If it follows its current trajectory, smart sensors will likely be found in almost every aspect of food packaging. If you were to look at microbial contamination, advances in food technology have allowed manufacturers to detect even the slightest change in the gas composition of a sealed package.

The same is true for changes in pH or the release of volatile compounds. Let’s say E. coli and salmonella were concerns. You could find an antitoxin-based RFID sensor to detect either one of these bacteria in packaged foods. The sensor uses antitoxins immobilized on RFID tags that are incorporated within food packaging to detect the potential of contamination. All that’s necessary is to attach the sensor to the equipment and a wireless network to provide real-time monitoring.

Identifying contaminants can give an organization the ability to mitigate issues as soon as they appear. Decreasing the potential early on — even small amounts — can have compounding benefits, averting problems from spreading down the supply chain and forestalling cataclysmic repercussions for all parties involved. 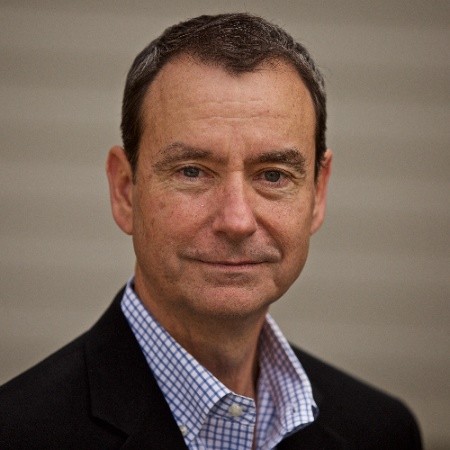 Larry Clarke is the CEO of NanoGuard Technologies, a company that prevents food and feed waste and improves food safety by eradicating harmful pathogens and mycotoxins through its Airilization technology. He brings more than 30 years of experience in agribusiness, including global business management, trading, and international assignments.