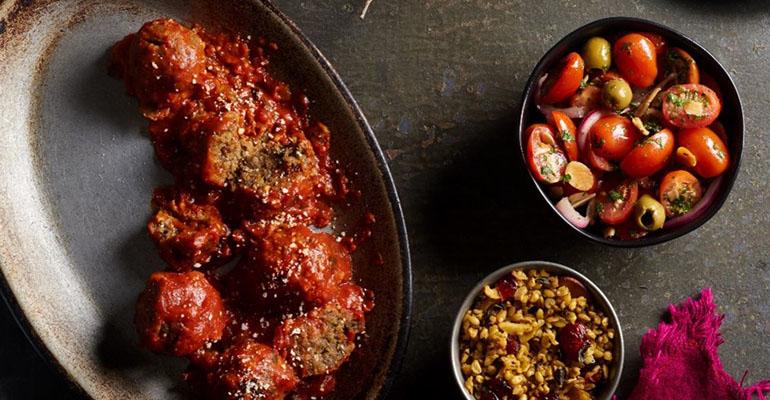 During the week of April 22nd, Twisted Beet will appear as a pop-up in 750 of the company’s managed sites across multiple segments.

Plant-forward dining has been a significant component of Aramark’s Healthy for Life 20 by 20 collaboration with the American Heart Association (AHA) since the launch of the partnership four years ago, to the point where now about 30% of the main dishes the company serves in its higher education, hospital retail and corporate dining units is vegetarian or vegan.

To expand on that success, Aramark is launching a new plant-forward dining concept called Twisted Beet at more than 750 of its college, hospital and B&I sites around the country during the week of April 22nd, which is Earth Day. Twisted Beet is a pop-up concept designed to fit into Aramark’s Restaurant Rotation platform, usually for at least a five-day stretch. Restaurant Rotation is designed to provide diners with a rotating array of trendy, customizable pop-up concepts in a single location.

Launching in the same timeframe is the Feed Your Potential 365 plant-forward promotion, which is designed to communicate to consumers about plant-forward options in Aramark cafes. 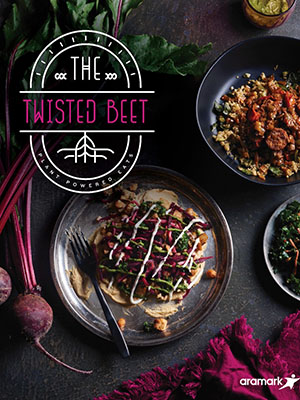 Twisted Beet offers a menu encompassing entrees like eggplant meatball sub and chickpea hummus bowl, sides like Caesar Brussels sprouts and beet slaw and sweets like strawberry chia shortcake and kale and pineapple smoothie. There is also a build-your-own option where customers choose a base, protein, two sides and a selection of sauces and toppings. The concept currently has a database of over 20 recipes, but individual unit operators can choose which ones best fit their particular customer preferences.

The Twisted Beet concept as a whole has not been piloted, but the individual recipes have been, says Heidi Hogan, vice president of product development & culinary innovation. That is pretty much standard practice for restaurant rotation concepts, which are designed to launch fairly quickly, she adds.

“Because we’re trying to be nimble and get to our consumers in the marketplace, we don’t necessarily do our station pilot process with our Restaurant Rotation [concepts],” she explains “though pieces of them we do.”

Hogan further notes that the potential of the Twisted Beet concept has also been confirmed by Aramark’s consumer research.

“We did a proprietary study about a year ago now about plant-forward that reached about 6,000 consumers, so we’ve been collecting consumer insights all along to create this Restaurant Rotation collection,” she explains.

As part of that research, Aramark found that 60% of consumers want to reduce their meat intake and 62% want to eat more vegetables. It also found that consumers, not surprisingly, preferred plant-forward foods they are already familiar with, such as fruits, vegetables and whole grains. 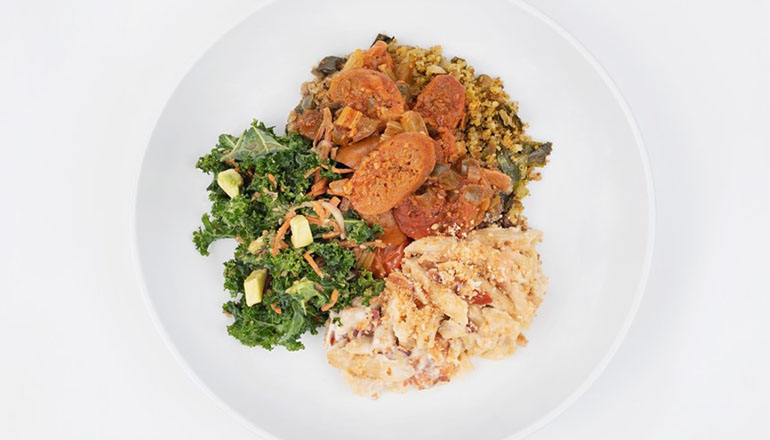 “That very nicely complements our partnership with [AHA],” notes Hogan, adding that that partnership requires Aramark to continue to increase the amount of fruits, vegetables and whole grains it serves, while at the same time reducing trans fats, sodium and calories.

“We also found that we needed to identify those plant-forward foods with our consumers so they knew where they were,” she adds, which led to the creation of a plant-forward icon, called a “leaf.”

“That was a huge [takeaway] for us, that our consumers didn’t necessarily know we had these menu items because we weren’t identifying them as plant-forward,” Hogan notes.

“We started this journey about a year ago and we have worked to train all of our culinary teams in our plant-based culinary innovation workshops,” Hogan says. “So they’re really familiar with the products and the ingredients, as we’ve been adding plant-forward products into all of our menus for some 30 months now.”