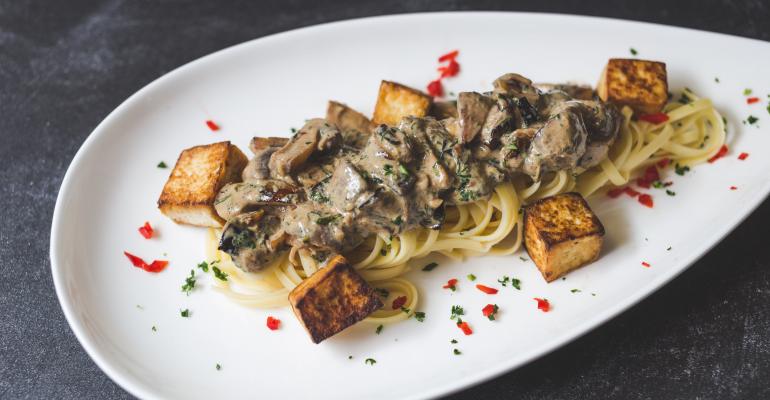 Fresh Ideas Food Service Management recently released a new, expansive line of entirely plant-based menu concepts known as Mindful Fork, developed in consultation with the Humane Society of the United States (HSUS). The launch coincided with the company’s announcement that it has updated its goal to now include what it says is an industry-first timeline that calls for 50% of its menu entrées to be plant-based by July 1, 2025.

“This plant-based goal is historic, as it’s the most ambitious of its kind by any food service management company,” the company announcement says.

To achieve this pledge, Fresh Ideas is working with the HSUS on creating flavorful plant-based recipes, marketing concepts and promotions, along with the first-ever virtual culinary trainings for its cohort of executive chefs and culinary professionals.

In addition, it will expand culinary trainings across all its operations to train culinary staff on the proprietary Mindful Fork recipes and Mindful Fork marketing to ensure successful menu change and it will annually report progress toward reaching its 50% target in 2025.

The Mindful Fork menu includes dishes that can be incorporated in all Fresh Ideas dining stations and many also lend themselves to being offered as prepackaged grab and go menu options that will be heavily emphasized given COVID dining restrictions and the flexible schedules of guests, says Lovett.

“Along with our partners at the HSUS, we’ve created irresistible food that just so happens to be plant-based,” he notes. “We’re thrilled that Mindful Fork is a focal point for our culinary programs going forward.”

“Fresh Ideas is demonstrating what leadership looks like in truly doing its part to address animal welfare, climate change and provide healthier offerings to customers, all while providing even more delicious menu entrées,” adds Kate Watts, a manager with the Food Service Innovation team at HSUS. “Even more, the company understands that providing more plant-based offerings isn’t just the right thing to do, it’s also good business sense. With today’s announcement, Fresh Ideas has now set the bar in the food service industry, and we hope that other companies will follow suit.”

Here's a look at some Mindful Fork menu options…